Can certain smells motivate us to exercise? • Earth.com 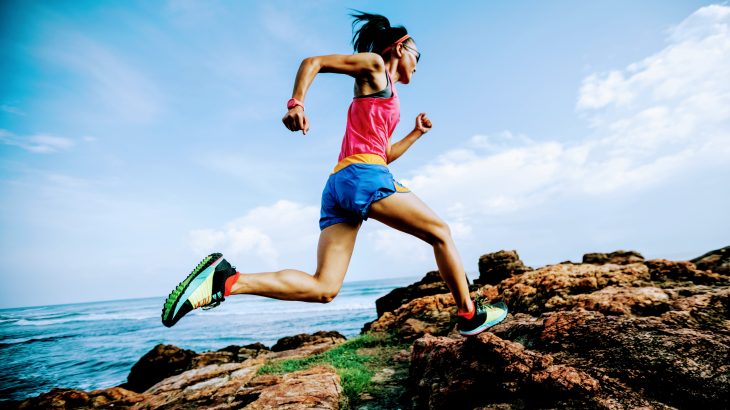 Can certain smells motivate us to exercise?

In a new study led by UC Riverside, experts have found that motivation to exercise may be linked to certain smells. The researchers used a mouse model to demonstrate that how specific smells are perceived may affect the decision of whether or not to engage in physical activity.

“Exercise, which is essential for both physical and mental health, can help prevent obesity and other inactivity-related diseases and disorders in humans,” said study lead author Professor Sachiko Haga-Yamanaka. “Some people like to exercise more than others do, but why this is so is not well understood.”

A widely studied behavior in rodents is voluntary wheel running (VWR), which is where mice are given access to a running wheel for spontaneous exercise.

When the researchers selectively bred mice that exhibited high VWR activity, they found that animals of this lineage developed genetic differences in their olfactory system that made them perceive smells differently from a control group.

“The olfactory system became genetically differentiated between the high runner and control lines during the selective breeding process with several chemosensory receptors in specific receptor gene clusters being differentially expressed between high runners and controls,” said Professor Haga-Yamanaka. “Our results suggest these chemosensory receptors are important trait locations for the control of voluntary exercise in mice.”

The research has major implications for humans, who receive many olfactory stimuli from the environment and other nearby people. “It’s not inconceivable that someday we might be able to isolate the chemicals and use them like air fresheners in gyms to make people even more motivated to exercise,” said Professor Theodore Garland. “In other words: spray, sniff, and squat.”

The study was focused on the vomeronasal organ – the accessory olfactory organ in amphibians, squamates, rodents and most other mammals. The signals detected by vomeronasal sensory receptor neurons are processed in the brain’s amygdala and hypothalamus, which induce physiological and behavioral responses.

The researchers found that receptor genes were optimally expressed in the vomeronasal organs of the high runners. The findings indicate that individual differences in exercise habits may be explained by variations in the perception of specific smells.

“Taken together, our results show vomeronasal receptors as trait locations for voluntary exercise behavior in mice,” said Professor Haga-Yamanaka. “The high runner and control lines provide a strong model for determining the contribution of genetics to voluntary-exercise related traits.”