Can humans hear as well as seals underwater? • Earth.com 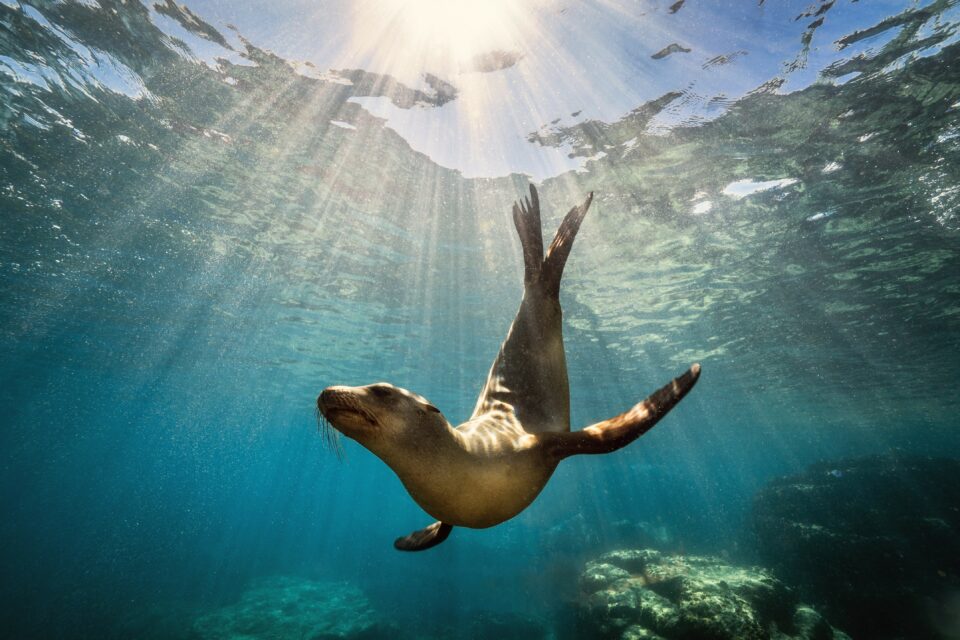 While millions of years ago, all mammals lived on land, at one point, some species such as seals and whales left land and evolved to live in the sea. Since underwater, sound is a more reliable sensory cue than vision, it is not surprising that aquatic species have developed auditory organs that are more efficient in processing underwater sounds than the hearing apparatuses of terrestrial mammals, including humans. Surprisingly though, a new study led by the University of Southern Denmark has found that, in some cases, humans can hear as well as seals underwater.

Since the 1950s, scientists have made various attempts to measure human hearing underwater. The U.S. Military, for instance, had an interest in understanding how divers are affected by underwater explosions, so they directed a significant amount of funding to clarify this issue. However, subjects were generally tested with diving equipment on, including neoprene caps or air-filled diving masks, which can affect their hearing.

“Common to all these scientific studies is that they all find hearing thresholds [the sound levels below which the auditory system is unable to detect any sound] that are higher than the thresholds we have found in our new study,” said study co-author Jakob Christensen-Dalsgaard, an expert in animal hearing at SDU.

By measuring the underwater hearing thresholds of seven participants, the experts found that the average threshold was 71 dB at a frequency of 500 Hz.

“It is 26 dB lower than hypothesized in previous studies, so we must conclude that humans hear significantly better underwater than previously reported by science. In fact, the threshold at 500 Hz is in line with how well animals such as cormorants and seals hear underwater,” said  Dr. Christensen-Dalsgaard.

While previous studies hypothesized that human hearing underwater is mediated by bone conduction, with sound waves causing vibrations in the skull, this new study argues that resonance in the enclosed air in the middle ear actually amplifies the sound and makes the ear more sensitive – a phenomenon common to cormorants, turtles, and frogs too.

However, the sense of hearing is not only about being able to pick up sounds, but also about determining the direction of the sound – which, for humans, remains very difficult underwater.

“In air we can determine the sound direction within a few degrees, but in water there is an up to 90 degrees error margin. This is not so strange, because we are trained to react to the small time differences between the ears, which are due to the speed of sound in air. In water, the speed of sound is four times greater, and the time differences are much smaller,” explained Dr. Christensen-Dalsgaard.

“The results tell us that humans have a reduced ability to determine the direction of sounds underwater, thus confirming that human hearing is not adapted to work well underwater,” he concluded.

The study is published in the journal Hearing Research.