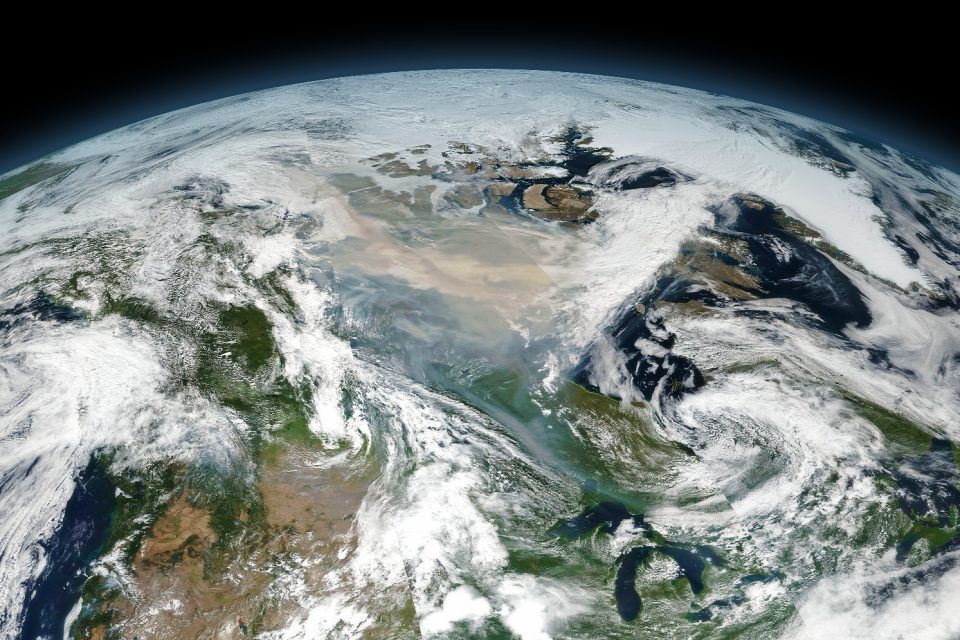 Canada wildfire smoke offered a glimpse of what to expect after nuclear war. Wildfires that swept through British Columbia during the summer of 2017 forced thousands of people to evacuate, destroyed hundreds of thousands of hectares of land, and the firefighting costs alone reached $172.5 million.

The fires were extreme, but the amount of smoke released into the atmosphere from the fires was so large that researchers are using the smoke clouds to model the climate impacts of nuclear war.

There was so much smoke emitted into the upper atmosphere that most of the Northern Hemisphere was shrouded in a pyrocumulonimbus (pyroCb) cloud, one of the largest ever observed.

When the smoke reached the lower stratosphere, solar radiation was absorbed by the soot, which heated the smoke and sent in higher into the air.

In two months, the smoke rose or “self-lofted” seven miles, and the smoke lingered in the stratosphere for more than eight months.

Researchers from Rutgers University saw a unique opportunity to study the smoke cloud from the wildfires to help predict what might happen after a nuclear bomb drops.

Nuclear winter is what researchers predict will occur after a nuclear bomb. The resulting smoke, soot, and radioactive debris emitted into the atmosphere could cool the planet considerably, destroying crops and causing mass food shortages.

In this study, the researchers used the smoke from wildfires to model the climate impacts of a nuclear blast.

“Even a relatively small nuclear war between India and Pakistan could cause climate change unprecedented in recorded human history and global food crises,” said Alan Robock, a co-author of the study.

The researchers used a climate model from the National Center for Atmospheric Research and simulated the self-lofting and movement of the pyrocumulonimbus smoke cloud created by the fires in Canada.

The climate model factored in aspects like the ratio of soot to other components in the cloud and how long before the ozone in the upper atmosphere breaks down the smoke.

Next, the researchers plan to use wildfire modeling to help understand how climate and food production will be impacted by nuclear war.