Slow carbon cycle driven by weathering on the seafloor • Earth.com 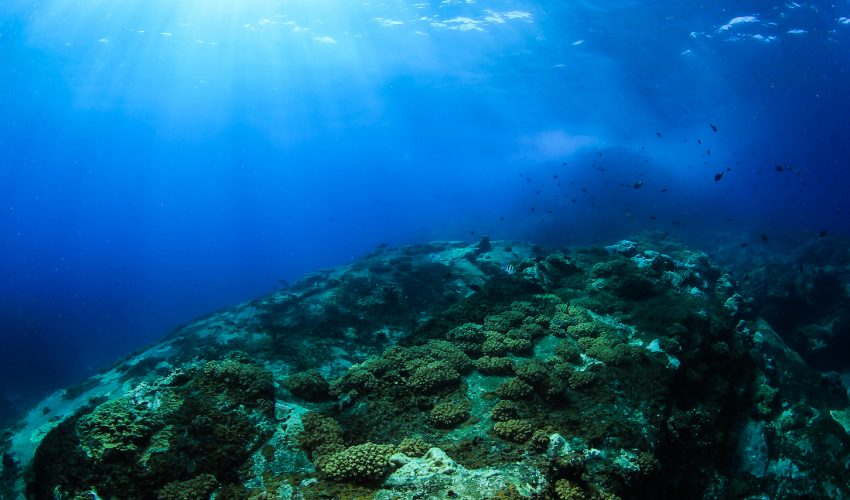 Slow carbon cycle driven by weathering on the seafloor

Researchers at the University of Sydney have discovered a previously unknown connection between atmospheric carbon dioxide cycles and the shifting amount of carbon dioxide stored in ocean crust.

The slow carbon cycle is the transfer of carbon between the Earth and the atmosphere. For tens of millions of years, this cycle has been driven by a series of chemical reactions and volcanic activity.

Hot, volcanic ocean crust is subject to weathering from the circulation of seawater through cracks and holes. The invasion of seawater allows minerals that capture carbon to gradually form within the ocean crust.

A recent study demonstrated that the temperature of the water at the seafloor makes a big difference throughout the weathering process. Ultimately, the hotter this water is, the more carbon dioxide gets stored in the ocean crust.

“To find out how this process contributes to the slow carbon cycle, we reconstructed the average bottom water temperature of the oceans through time, and plugged it into a global computer model for the evolution of the ocean crust over the past 230 million years,” explained study co-author Dietmar Müller. “This allowed us to compute how much carbon dioxide is stored in any new chunk of crust created by seafloor spreading.”

“Our plate tectonic model also allows us to track each package of ocean floor until it eventually reaches its final destination–a subduction zone,” said co-author Dr. Adriana Dutkiewicz. “At the subduction zone, the crust and its calcite are recycled back into the Earth’s mantle, releasing a portion of the carbon dioxide into the atmosphere through volcanoes.”

The study revealed that the capacity of the ocean crust to store carbon dioxide changed consistently throughout time every 26 million years. Previous studies have documented 26 million-year cycles in other geological events as well including extinctions, volcanism, salt deposits, and atmospheric carbon dioxide fluctuations.

“Our model suggests that characteristic 26 million-year periodicity in the slow carbon cycle is instead driven by fluctuations in seafloor spreading rates that in turn alter the capacity of the ocean crust to store carbon dioxide,” said Miller. “This raises the next question: what ultimately drives these fluctuations in crustal production?”

Gaining a better understanding of the slow carbon cycle is critical for predicting how the Earth will respond to rising atmospheric carbon dioxide that results from human activities.