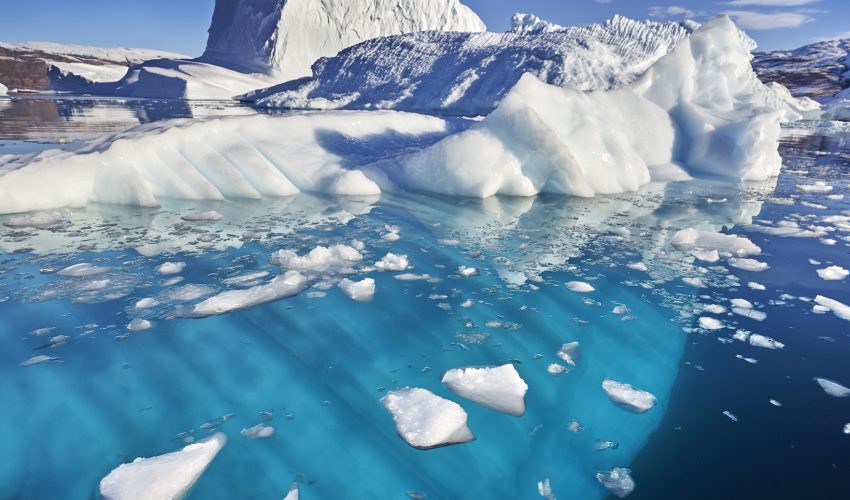 At the end of the last ice age, a period of deglaciation spurred the release of carbon dioxide from the ocean up into the atmosphere further impacting warming patterns.

Why atmospheric carbon increased to near pre-industrial levels has puzzled many researchers.

Understanding how and why this occurred is important because of the possibility that history will repeat itself and mass carbon stores from deep below the ocean’s surface could max out Earth’s carbon budget and drive global warming to catastrophic levels.

Researchers from Oregon State University conducted a study attempting to solve one of ancient Earth’s biggest mysteries, what caused the carbon increase during deglaciation at the end of the last ice age?

The results were published in the journal Nature Geoscience. For the first time, scientists now have a better understanding of how carbon stores from the ocean might be released and emitted into the atmosphere.

It all boils down to a “flushing” of the deep Pacific Ocean that occurs during warmer periods with increased ocean current speeds.

“We’ve known that CO2 in the atmosphere went up and down in the past, we know that it was part of big climate changes, and we thought it came out of the deep ocean,” said Alan Mix, a co-author of the study. “But it has not been clear how the carbon actually got out of the ocean to cause the CO2 rise.”

Starting in Antarctica, according to the researchers, there is a circulation pattern that allows carbon to sink miles below the surface and as the flow of the currents travel to Alaska, slowly rise as the water returns to the Antarctic.

It’s a process that typically takes nearly a thousand years.

However, the researchers found that during colder periods the circulation flow slowed and as things warmed up, the flow sped up increasing the release of carbon from the deep Pacific.

“It happened roughly in two steps during the last deglaciation – an initial phase from 18,000 to 15,000 years ago, when CO2 rose by about 50 parts per million, and a second pulse later added another 30 parts per million,” said Jianghui Du, the study’s lead author.

The researchers came to this conclusion by analyzing sediment cores and the neodymium isotopes contained within the sediment samples.

“This finding that the deep circulation sped up is the smoking gun in this mystery story about how CO2 got out to the deep sea,” said Mix. “We now know how it happened, and the deep Pacific is the culprit – a partner in crime with Antarctica.”

What’s concerning about the findings is that it shows that carbon stores in the ocean are easily released during warmer periods, something that is painfully evident around the globe as greenhouse gas emissions from fossil fuels increase.

Unless more is done to drastically cut emissions, the goals put in place by the Paris Accord may be impossible to achieve because mass carbon emissions from the ocean would take up most of the world’s carbon budget.