Tiny grazers could be the new heroes of Caribbean coral reefs • Earth.com 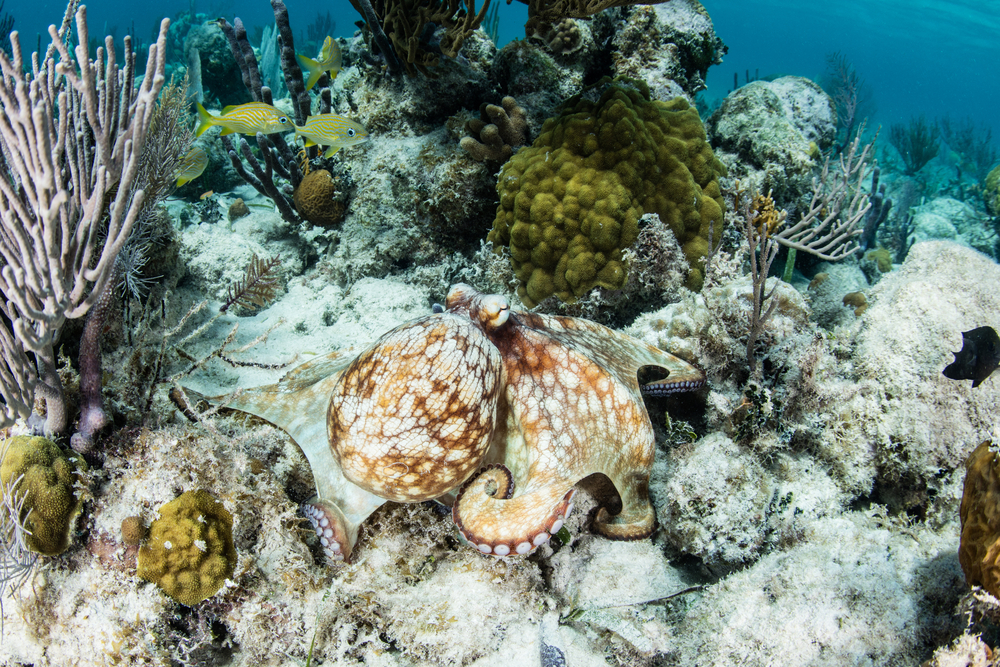 Tiny grazers could be the new heroes of Caribbean coral reefs

The majestic beauty of Caribbean coral reefs is largely dependent on the balance between the coral and algal growth. Otherwise, algae will smother the coral, having a devastating effect on both the health and beauty of the reef.

That’s exactly what took place in the Caribbean beginning in the early 1980s. At that time, Caribbean coral reefs depended on long-spined black sea urchins to consume the algae and keep levels balanced. But a mysterious disease began killing off these long-spined urchins, a phenomenon first discovered by Smithsonian Tropical Research Institute (STRI) scientist Harilaos Lessios in 1983 at the Atlantic entrance to the Panama canal. As the urchins died off, the reef’s only other hope for algal maintenance were parrotfish. But large parrotfish populations were simultaneously being ravaged by rampant overfishing.

The result was chronic algal overgrowth that smothered reefs across the Caribbean and continued for years. But according to a new report from STRI marine biologists Catie Kuempel and Andrew Altieri, Caribbean coral reefs may have found new heroes: smaller urchins and finger-sized parrotfish.

Kuempel and Altieri set out to examine the scene on the seafloor in Bocas del Toro, Panama. While they found that many reefs had already died, they were surprised to see much lower levels of algae. The team determined that the most commonly seen algae-eating seafloor grazers were much smaller sea urchins, Echinometra viridis, and tiny parrotfish, Scarus iseri. For the most part, this species of parrotfish managed to avoid the perils of overfishing due to their size. What both the urchins and parrotfish lacked in physical size compared to their predecessors, they compensated for in larger numbers.

Kuempel and Altieri propose that working as a team, these tiny urchins and parrotfish could be capable of restoring the algal balance in degraded Caribbean coral reefs.

“These dollhouse-sized species came the rescue of reefs in Panama, and may be important elsewhere as well,” said Altieri.

The STRI team published their findings in the journal Nature.