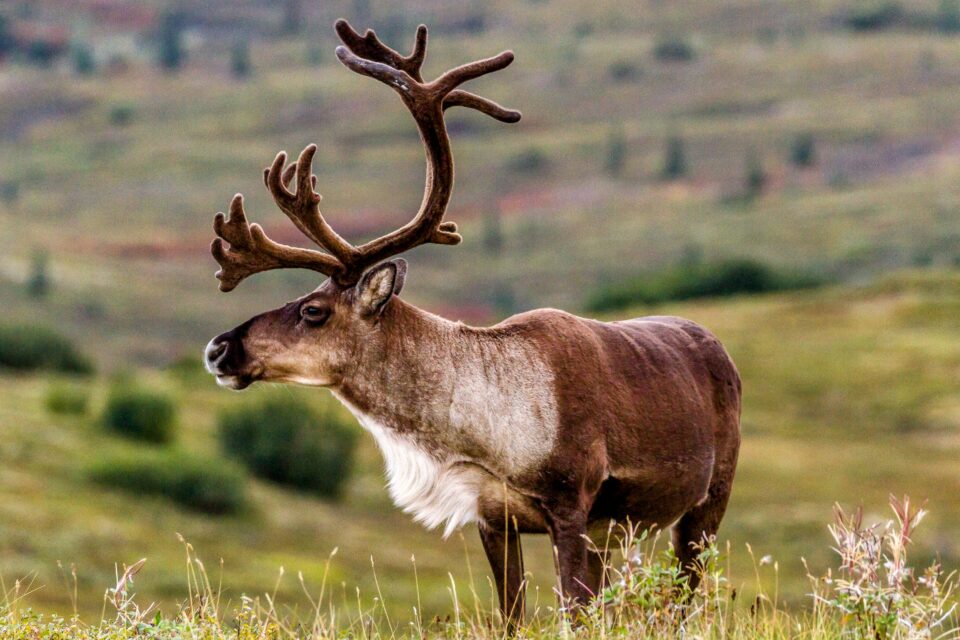 Researchers from UC Davis worked for 15 years to understand how rare plant species manage to survive in the harsh conditions of the rapidly warming Arctic. The study, which was conducted at a site in Greenland, revealed that caribou and other large herbivores help protect rare plants, lichens, and mushrooms from the severe impacts of climate change.

The study authors said that by constraining the abundance of dwarf birch and gray willow – the two most common plant species – large herbivores clear the way for less common species to persist. There is less of a chance that the rare plants will be shaded or outcompeted for nutrients by the woody shrub’s canopy, or suppressed by leaf litter and cooler soils, explained the researchers.

“This is more evidence that conserving large herbivores is really important to maintaining the compositional integrity of species-poor systems like the Arctic tundra,” said study lead author Eric Post, director of the UC Davis Polar Forum.

Previous studies have shown that greater numbers of rare species persist in regions with a stable climate compared to regions with a changing climate. The current study demonstrates how species interactions are also important for maintaining rare plants as the climate shifts.

The researchers investigated how the presence of caribou and muskoxen influenced 14 species of tundra plants, lichens and mushrooms. Three of the species were common, while 11 were rare.

The results showed that the presence or absence of caribou and muskoxen made a clear difference in the persistence of rare plants.

“The conservation of large herbivores will serve a critical role in preserving arctic tundra as it warms,” said Post. “If caribou or muskoxen eventually go locally extinct from parts of the Arctic, or even fall to severely low abundance, what we’ll likely see in response to warming is a tundra increasingly dominated by a few common species, like shrubs.”

According to Post, rare species contribute vitally to biodiversity, ecosystem function and resilience, largely because there are so many of them compared to common species.

“Creative solutions to sustaining tundra biodiversity, such as maintaining intact populations of large herbivores, will help buffer this sensitive biome against climate change.”

The research was funded by the National Science Foundation, National Geographic Committee for Research and Exploration, and Penn State University. The study is published in the journal Scientific Reports.