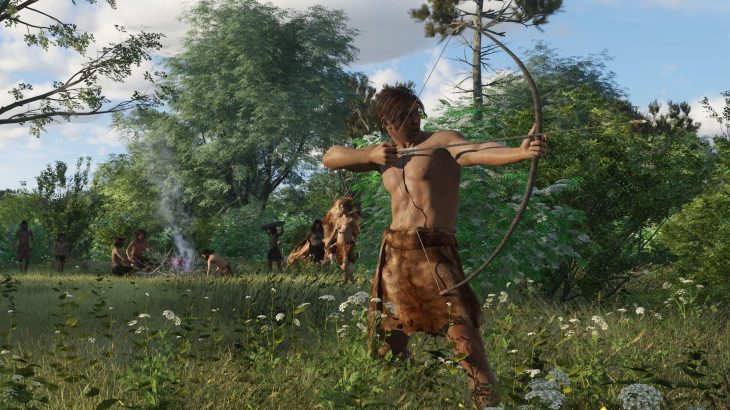 Philippe Crombé from Belgium’s Ghent University believes that the development of new stone tools by European hunter-gatherers during the Mesolithic Era (about 11,000 to 6,000 years ago) were created in response to a rapidly changing climate.

At this time, global warming occurred at a rate of ca. 1.5 to 2°C per century, thus causing many issues like the ones we are seeing today — rising sea level, drought, wildfires, and plant and animal migrations. To properly keep up with their changing environment, Crombé witnessed a shift in the design of microliths such as small stone arrowheads and hunting barbs.

Crombé used Bayesian modelling to link 228 radiocarbon dates correlating with Mesolithic sites along the southern North Sea basin to the various microliths discovered at these sites. And he realized that the variation in microlith shapes is much more complex than previously thought.

Crombé believes that different microlith shapes were developed to distinguish different groups living along the North Sea basin. And as the sea level began to rise, these groups migrated to new areas where they had to compete for territory and use symbols to identify which group they came from.

The study, published in PLOS ONE, also shows that developments in microlith shapes appear to be linked to short but important climatic events, most likely connected to increasing environmental and demographic changes. For example, triangle-shaped microliths were made after an abrupt cooling period in the Early Mesolithic Era, which is associated with wildfires and erosion. And another cooling climate event 1,000 years later is linked to the creation of small “backed bladelets” and “invasively retouched microliths.”

A third cooling period 1,000 years later than that introduced new trapeze-shaped arrowheads. Although more research is needed, Crombé believes that approaching these findings holistically can help him determine if climatic and environmental changes affected more than just microliths during the Mesolithic Era.

“In response to rapid climate warming some 11,500 years ago, hunter-gatherers along the southern North Sea (NW Europe) faced similar environmental changes as we encounter today, such as rapid sea level rise, increased drought and wildfires and migration of people, plants and animals,” he said. “By studying the hunting equipment, this paper investigates how these hunter-gatherers coped with these changes.”