A changing climate may have led to anatomically modern humans • Earth.com 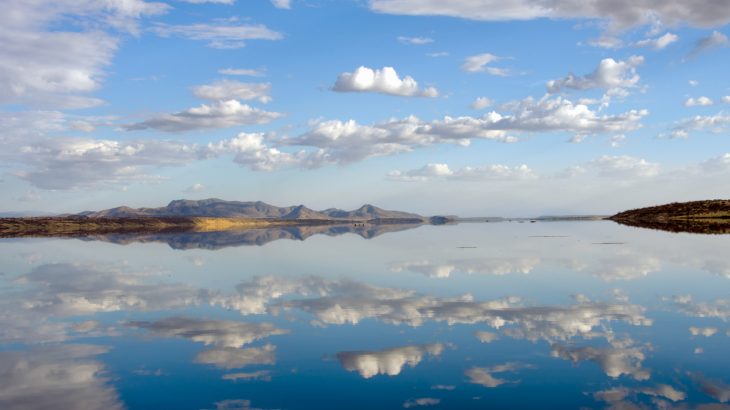 A changing climate may have led to anatomically modern humans

Researchers led by the University of Arizona have found that the transition from hominins to modern humans may have been instigated by an unpredictable environment. According to the study, an increasingly dry climate with sporadic wet spells may have driven the origins of modern Homo sapiens and the Middle Stone Age.

Based on lake sediment cores, the investigation provides the first continuous environmental record to compare with a large amount of archeological evidence recovered from the rift valley basins of southern Kenya. The cores were collected from Lake Magadi as part of the Hominin Sites and Paleolakes Drilling Project (HSPDP), which is directed by study co-author Professor Andrew Cohen.

The current study revealed that the region experienced a trend toward intense aridification beginning 575,000 years ago. The climate change, which was not previously documented in continuous continental cores from East Africa, coincides with faunal extinctions and a major transition in stone tool technology.

“Much evidence for human evolution has been gathered from the area, but linking those records to detailed environmental records was missing until now,” said study lead author Richard Owen of Hong Kong Baptist University. “There is a big gap in the records between the last Early Stone Age tools 500,000 years ago and the appearance of Middle Stone Age tools about 320,000 years ago. Our results plugged that gap with a continuous environmental record.”

The cores from Lake Magadi have demonstrated the first detailed link between climate change and events that have been identified in the region’s archeological record.

“We have known for a while that the climate at the time was very varied, but the key here is that the records are in proximity to the archeological evidence for this transition,” said Professor Cohen. “The older stone tools found at Olorgesailie did not change much between 1.2 million and a half-million years ago. And suddenly, after 500,000 and before 320,000 years ago – we don’t know exactly when, but in that timespan – there was a critical transition in archeology when tools became more sophisticated and were transported over longer distances.”

Evidence has been found that modern Homo sapiens appeared elsewhere in Africa at the same time that lake core records indicate a drier, more variable climate. This timing has prompted much speculation that the two events are connected.

“Whether the evolution of bigger brains goes hand in hand with new toolkits is not entirely clear,” said Professor Cohen. “But the earliest modern Homo sapiens fossils from Morocco date back 325,000 years, the same time we see this transition of tools. And both happened around the same time that our core record indicates severe drying very close to the archeological sites.”

Owen pointed out that, according to the hypothesis of variability selection, a rapidly changing environment creates selective pressure that forces species to adapt to rapid change. The larger brains of anatomically modern humans would have empowered early Homo sapiens to quickly adapt to a less predictable world.