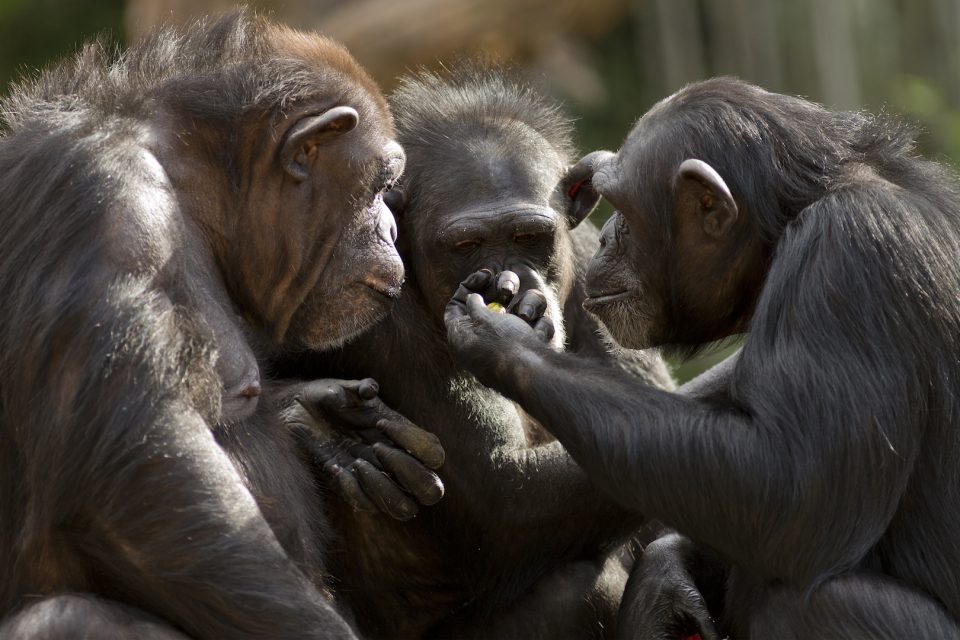 Researchers at the University of Roehampton have discovered that the sign language used by chimpanzees follows the same universal rules as human speech. The  investigation was focused on videos of wild chimpanzees living in Uganda’s Budongo Forest Reserve.

Chimpanzees and great apes use a complex system of facial expressions, body postures, and vocalizations to communicate with each other. They also use gestures in the same way that deaf people use sign language.

As the experts analyzed the videos, they noticed that chimp gestures were based on certain linguistic laws which build the foundation of the human language. The team zeroed in on two particular rules that apply universally to languages.

The researchers examined more than 2,000 expressions of “play” gestures used by the chimps in the Budongo Forest. The team found that the gestures followed the patterns predicted by both of the linguistic laws. The gestures that were used most frequently by the chimps were shorter, and the longer sequences required a series of shorter gestures.

“Primate gestural communication is, of course, very different to human language, but our results show that these two systems are underpinned by the same mathematical principles,” said study lead author Raphaela Heesen. “We hope that our work will pave the way for similar studies, to see quite how widespread these laws might be across the animal kingdom.”