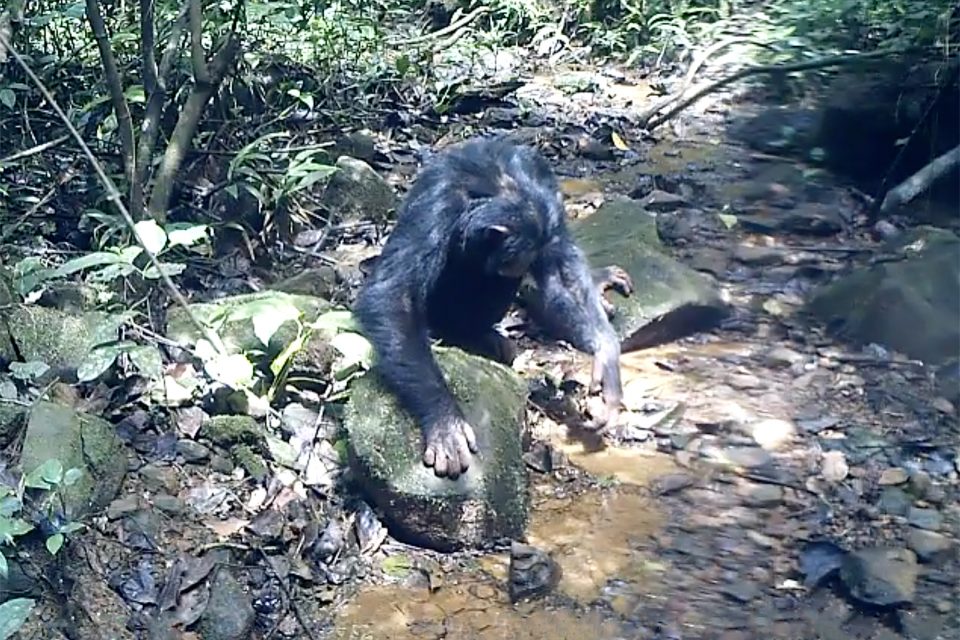 A new study from the University of Zurich is the first produce evidence that chimpanzees hunt and eat freshwater crabs on a regular basis. Video footage captured in the Nimba Mountains of Guinea reveals that this behavior is more common among the female and infant chimpanzees than the males.

The team discovered that the chimpanzees consumed crabs all year long regardless of whether fruit was available, suggesting that the crabs are a top selection. According to the study authors, the chimpanzees searched for crabs in shallow streams by scratching along the riverbed with their fingers.

The researchers found no evidence that crab-fishing activities were related to the amount of monthly rainfall. In fact, the hunting behavior remained consistent throughout both dry and rainy seasons.

The experts did find, however, that chimpanzees fished more often for crabs when they were eating fewer ants. This indicates that crabs and ants provide a similar nutritional value.

“Female chimpanzees and their offspring fished for crabs more often and for longer than adult males, which we had not expected,” said Koops. The discrepancy may be explained by the fact that mothers and infants both need the essential fatty acids and micronutrients, such as sodium and calcium, that are provided by the crabs.

The research may shed new light on why aquatic fauna became more and more important as a source of nutrition in the course of human evolution. “These findings on wild chimpanzees contribute to our understanding of hominin nutrition,” said Koops.

The study is published in the Journal of Human Evolution.