Chimpanzees can learn how to use tools without demonstration • Earth.com 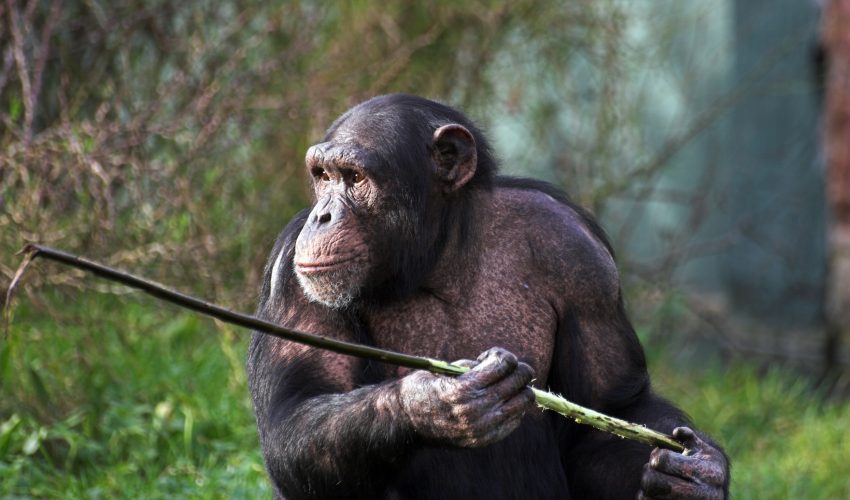 Chimpanzees can learn how to use tools without demonstration

Researchers from the United Kingdom and Germany observed wild chimpanzees who used sticks to scoop up food from the water and tested to see if this could be replicated in captive chimpanzees who were not shown the behavior first.

Chimpanzees from Twycross Zoo in the UK were given containers with water and food, without being shown how other chimps successfully used the same scooping motion to get the floating food using sticks as tools.

The results of the study show that chimpanzees possess “latent solutions,” or inherent behavioral traits, that allow them to learn and adapt without being shown by other chimpanzees.

“The commonly held belief is that chimpanzee behavior is cultural, much like how human culture has been passed between groups. But if that was the case, the same behaviors should never re-occur in naïve subjects. Nobody, for example, could accurately reinvent extinct languages on the spot,” said Elisa Bandini, the lead author of the study.

Dr. Claudio Tennie, the study’s co-author, noted that the assumption that chimps need demonstrations might have just been a misunderstanding of how the chimpanzees were interacting.

“Given these results, the long-held assumption that apes must observe one another in order to show these behaviors may have been due to an illusion of cultural transmission, created by the apes arriving at the same behavior independently,” said Tennie.

The study sheds new light on learning skills of chimpanzees and may even provide insight into how early humans might have initially learned to use tools.

The new research was published in the journal PeerJ.