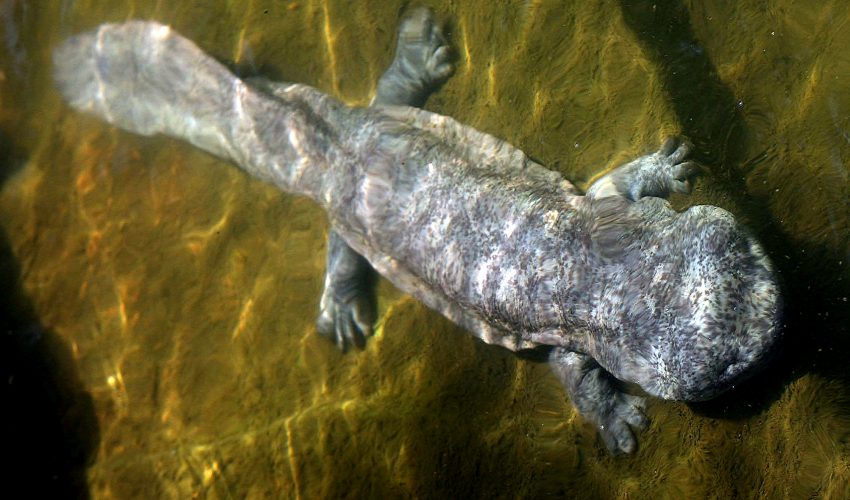 “We were not surprised to discover more than one species, as an earlier study suggested, but the extent of diversity -perhaps up to eight species – uncovered by the analyses sat us back in our chairs,” said study co-author Jing Che. “This was not expected.”

The Chinese giant salamander is the largest amphibian in the world, weighing more than 140 pounds. The endangered creatures are protected by law in China, where they are considered a luxury food, and only the consumption of those bred in captivity is legal. However, farming cannot keep up with the demand, and poaching has become a major threat.

The researchers explained that farming giant salamanders and releasing them back into the wild without any regard for their genetic differences is putting the salamanders at an even greater risk.

“The overexploitation of these incredible animals for human consumption has had a catastrophic effect on their numbers in the wild over an amazingly short time span,” said co-author Samuel Turvey. “Unless coordinated conservation measures are put in place as a matter of urgency, the future of the world’s largest amphibian is in serious jeopardy.”

Che explained that salamander farms have sought to “maximize variation” by exchanging salamanders across long distances. As a result, distinct species have been mixed and wild populations may be at risk of becoming locally maladapted.

The second study revealed that populations of the giant salamanders, which were once widespread, have critically declined across all observed areas of their range. The researchers were unable to predict the survival of wild salamanders at any survey site.

“Conservation strategies for the Chinese giant salamander require urgent updating,” said Che. She said it is especially critical to reconsider the design of reserves to protect the salamanders.

“Together with addressing wider pressures such as poaching for commercial farms and habitat loss, it’s essential that suitable safeguards are put in place to protect the unique genetic lineage of these amazing animals,” said study co-author Fang Yan.

The research is published by Cell Press in the journal Current Biology.