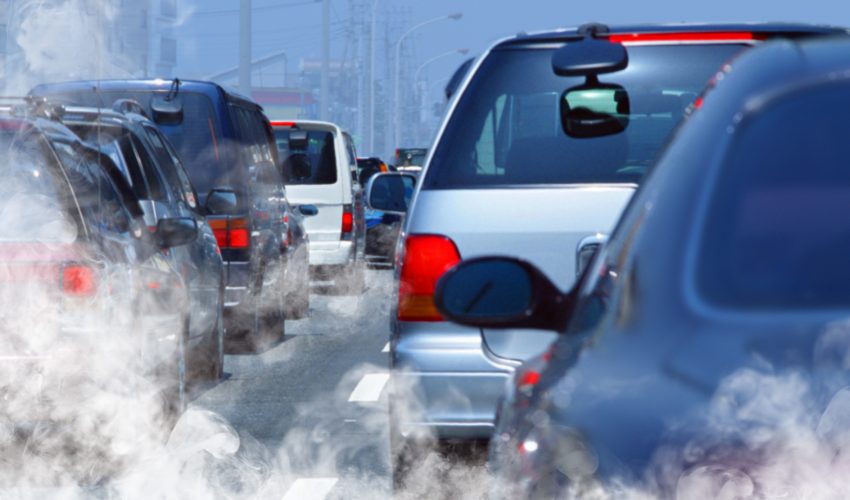 Scientists have long known that air pollution can exacerbate and raise rates of asthma symptoms, but little evidence has been found linking direct biological and molecular factors to these respiratory health issues.

Recently, researchers at Johns Hopkins University published a study revealing the direct biological effect of air pollution on the upper respiratory system in mice. These findings have wide-sweeping implications for the health and quality of life of people who live in urban and industrial areas with poor air quality, particularly in the developing world.

“In the U.S., regulations have kept a lot of air pollution in check, but in places like New Delhi, Cairo or Beijing, where people heat their houses with wood-burning stoves, and factories release pollutants into the air, our study suggests people are at higher risk of developing chronic sinus problems,” explains Dr. Murray Ramanthan, associate professor of otolaryngology at Johns Hopkins University School of Medicine.

The symptoms of chronic sinus problems – known as chronic sinusitis – include congestion, pain and pressure in the face, and a stuffy or runny nose. According to the Centers for Disease Control and Prevention, chronic sinusitis affects more than 29 million people in the U.S. alone. Studies done on individuals suffering from this problem have reported mental health problems associated with chronic sinusitis, including depression and chronic fatigue.

The research team at Johns Hopkins set about determining the biological effect of air pollution on the upper airways by exposing mice to either filtered air or concentrated Baltimore air. The polluted air contained particles measuring 2.5 micrometers or less, which excluded most allergens like dust and pollen. Despite being concentrated, these aerosolized particles were still 30 to 60 percent lower than the average concentrations of particles in similar size cities like New Delhi, Cairo, and Beijing.

After prolonged exposure, the mice had their noses and sinuses flushed with water, which was then examined under a microscope to look for inflammatory and other cells. The researchers noticed that mice exposed to the polluted air had significantly more white blood cells, which suggested increased inflammation.

The researchers also examined layers of cells along the nasal passages and sinuses of the mice, and found that the surface layer was 30 to 40 percent thicker in mice that breathed the polluted air. According to Ramanathan, this is another sign of inflammation that extends to humans and other animals as well.

“We’ve identified a lot of evidence that breathing in dirty air directly causes a breakdown in the integrity of the sinus and nasal air passages in mice,” says Ramanathan. “Keeping this barrier intact is essential for protecting the cells in the tissues from irritation or infection from other sources, including pollen or germs.”

Moving forward, Ramanathan and his colleagues plan on continuing their study of the molecular changes that occur in the sinus and nasal barriers as a result of poor air quality. Hopefully, research such as this will lead to a better understanding of how air pollution impacts health, and will ultimately generate a greater effort to improve air quality in cities.

More information on this study can be found in the American Journal of Respiratory Cell and Molecular Biology.