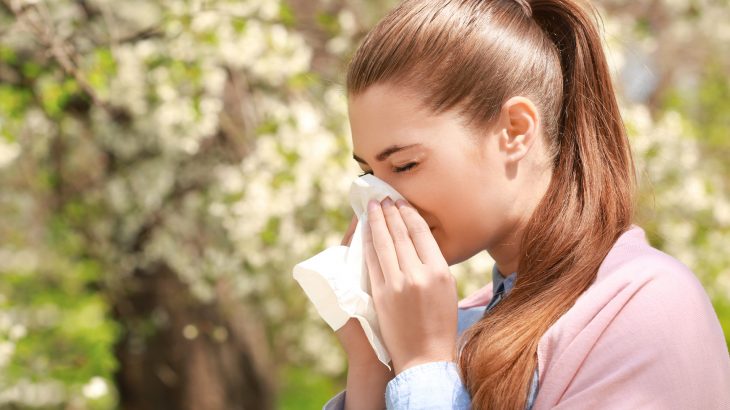 The weather extremes prompted by a changing climate coupled with overall rising temperatures are affecting the seasons.

Researchers from the Maryland Institute for Applied Environmental Health reviewed survey data from over 300,000 people between 2002 and 2013.

Next, the researchers combined the allergy data with satellite data from the National Aeronautics and Space Administration’s Moderate Resolution Imaging Spectroradiometer (MODIS) to identify how allergy burden was influenced by when spring started across the US.

The results, published in the journal PLOS ONE, show that in the US, allergies increase when the season changes earlier or later than normal.

The study is the first of its kind to provide national-level quantitative data proving that climate change impacts the allergic disease burden.

Hay fever affects 25 million adults in the US every year, and so understanding how climate change impacts seasonal allergies is important to help lessen the disease burden and lower related medical costs.

“We show that such climate change-driven ecological changes are directly linked to allergic disease burden in the United States,” said Dr. Chengsheng Jiang, a co-author of the paper. “Even a relatively small change in the timing of tree flowering can have a significant economic impact given that 25 million American adults already suffer from hay fever each year.”