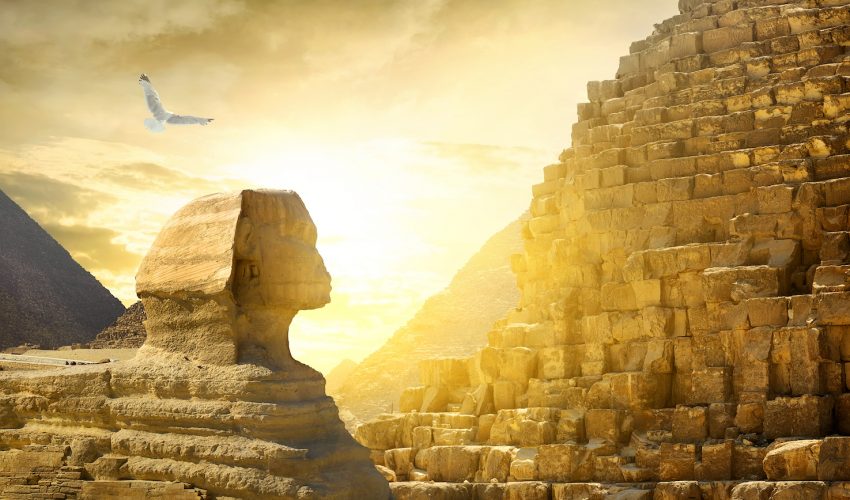 When researchers at Yale University reconstructed climate change in ancient Egypt, they discovered that environmental stress had a profound effect on economic and political stability. Their study alters the perception of the outcome of climate change, shifting the focus from short-term consequences to long-term modifications of human societies.

The researchers examined the environmental and societal impacts in Egypt after a sequence of volcanic eruptions over the past 2,500 years. The team focused on the Ptolemaic dynasty of ancient Egypt (305-30 B.C.E.). This was an empire formed in the years following Alexander the Great and was well-known for its rulers such as Cleopatra.

For their investigation, the experts combined climate modeling of large 20th-century volcanic eruptions, annual measurements of Nile summer flood heights from 622 to 1902, and evidence of Nile flood quality during the Ptolemaic era. The researchers demonstrated how large volcanic eruptions affected the seasonal flooding of the Nile River, which was greatly depended upon for agriculture.

“Ancient Egyptians depended almost exclusively on Nile summer flooding brought by the summer monsoon in east Africa to grow their crops,” said lead author Joseph Manning. “In years influenced by volcanic eruptions, Nile flooding was generally diminished, leading to social stress that could trigger unrest and have other political and economic consequences.”

Study co-author Francis Ludlow explained that the reduced flooding of the Nile was due to climate change brought on by volcanic eruptions. He said that volcanoes can disrupt the climate by injecting sulfurous gases into the stratosphere.

“Egypt and the Nile are very sensitive instruments for climate change, and Egypt provides a unique historical laboratory in which to study social vulnerability and response to abrupt volcanic shocks,” said Manning. “Nile flood suppression from historical eruptions has been little studied, despite well documented Nile failures with severe social impacts coinciding with eruptions in 939, in 1783-1784 in Iceland, and 1912 in Alaska.”

“It is very rare in science and history to have such strong and detailed evidence documenting how societies responded to climatic shocks in the past,” said co-author Jennifer Marlon.

The research, which is published in the journal Nature Communications, not only provides insight into climate change but also into how environmental changes have shaped human societies in the past.

“The study is of particular importance for the current debate about climate change,” said Manning.