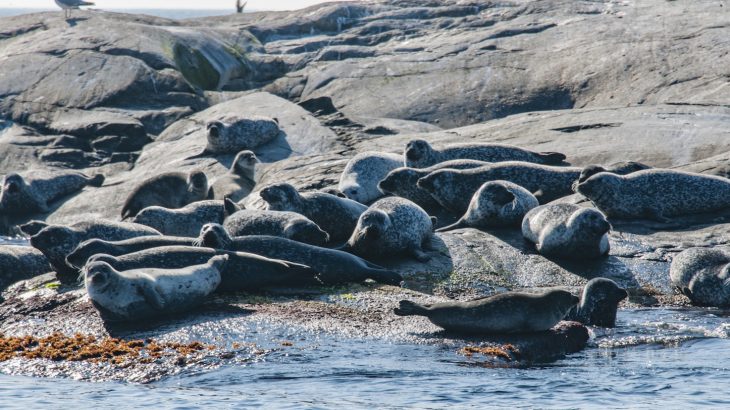 Successful conservation measures that restore declining populations of species should be a cause for celebration right?

However, researchers from Stockholm University have now put an end to the argument showing that seals aren’t the problem. Instead, their new study shows that climate change, nutrient levels in the ocean, and fisheries have a far greater impact on fish stocks than seals do.

The study factored in human activities like fishing and agriculture and their impact on the environment to see if seals feeding on fish were the main driver of herring, Baltic cod, and sprat declines in the Baltic Sea.

“We currently have 30,000 grey seals in the Baltic Proper, but we can even have more than 100 000 seals and it will still not affect the amount of cod negatively as much as climate change, nutrient load and fisheries. The Baltic is very sensitive to human impact,” said David Costalago, the lead author of the study.

The research was published in the journal Ambio, and the team created computer simulations to project how climate change and nutrient load will impact commercial fish stocks in the Baltic Sea.

The simulations projected future fish populations up to the year 2098. High temperatures and high levels of nutrients like nitrogen and phosphorus were found to be more damaging to cod than herring or sprat.

The team says that debates surrounding predator-prey relations miss the mark, and in reality, the ecosystem as a whole has to be considered to prevent future damage to marine food webs.

“We need to start to focus on the main problem that the Baltic is facing for its fish populations – which is for example climate change and eutrophication,” said Monika Winder, an author of the study. “We need to find ways to both secure the revenues of the fishers and guarantee the conservation of the fish stock and good status of the grey seal population.”