Climate change has officially arrived in the Black Forest • Earth.com 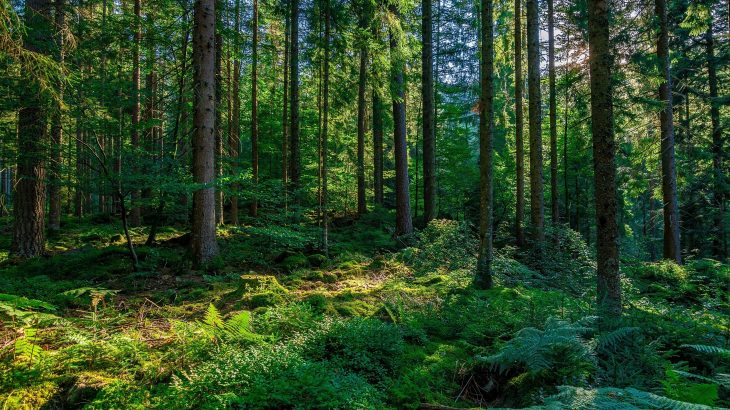 Climate change has officially arrived in the Black Forest

The impacts of climate change cannot be denied in the German Black Forest, where plants are starting to disappear. Researchers found that two species have gone extinct, while the abundance of 37 additional species has declined by 33 percent over the last 40 years.

“However, species extinctions have been documented only rarely because of a lack of reliable floristic data. Here, we assessed species losses of bog complexes and analyzed their potential drivers.”

Raised bogs and spring mires used to cover large areas of northwestern Germany, but there are now few left that are healthy.

“Among all habitats monitored under the Birds and Habitats Directive in Europe, peatland habitats show the highest proportion of assessments that are unfavorable and deteriorating,” noted the researchers.

Peatland bogs can still be found in the foothills of the Alps and on low mountain ranges, such as in the Black Forest. These ecosystems depend on a certain climate and are highly sensitive to environmental changes. This is largely due to the fact that bogs get all or most of their water from precipitation.

Study co-author Helge Bruelheide is a professor at Martin Luther University Halle-Wittenberg and a member of the German Centre for Integrative Biodiversity Research.

“These bogs and spring mires are seismographs of climate change. They react very sensitively to small changes in precipitation and temperature,” said Professor Bruelheide.

In collaboration with Thomas Sperle, a biologist and wetlands expert, Professor Bruelheide set out to investigate biodiversity gains and losses among bogs and spring mires across the southern region of the Black Forest.

Surveys from the 1970s had produced data on the vegetation of 124 complete bogs, and Sperle re-surveyed nearly all of these areas over a period of four years.

“It is really tricky to prove the extinction of a species for an entire bog,” said Sperle. “I had to carefully scan the whole area to ensure that specific individuals were not overlooked.”

The data was used to analyze the population trends of 88 plant species. The researchers found that two of those species have already gone extinct, while the population size of another 37 has decreased by about one third since the 1970s.

The impacts disproportionately affected specialist species, which are the most dependent on specific climate conditions. Meanwhile, the team found that generalist species have successfully adapted to changing conditions in the Black Forest and their populations have increased over time.

The scientists accounted for all other possible factors that may have negatively impacted the specialist species, but found no other factors that explained their data better than climate change.

“Species losses were higher at low elevation, pointing to increasing temperature increase and decreasing precipitation as main drivers of extinction, while habitat area, distance to the nearest site and land use played no significant role,” wrote the study authors.

“The mean altitude at which extinctions of populations occurred increased with time. Assuming a continuation of the observed negative trends for declining bog species, our models predict the extinction of further ten species by 2045.”

Professor Bruelheide concluded that the research clearly shows that species are declining and dying out in places where it is drier and warmer for longer periods of time in the summer. “This is the first indication that climate change has already arrived in our latitudes,” he said.

“It is getting noticeably drier and hotter in the Black Forest, which is why this change is evident there. Presumably, the same thing will happen in other low mountain ranges such as the Harz. Our study can serve as an example for other regions in Germany, but also for other habitats and groups of species.”