Climate change may be causing insects to get smaller • Earth.com 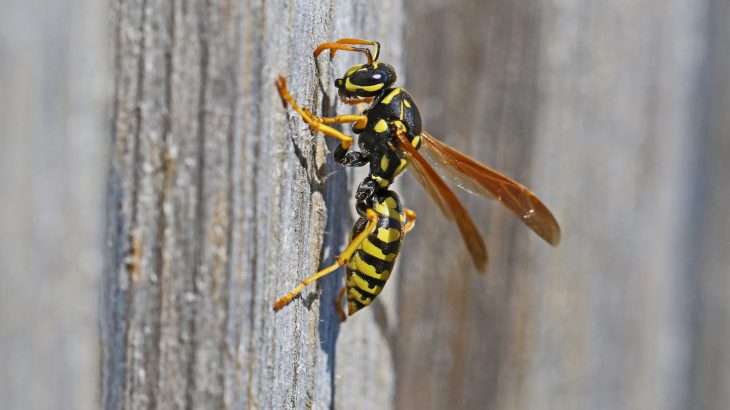 Climate change may be causing insects to get smaller

Human-driven climate change is reshaping the globe as we know it. Amid rising sea-levels and shifting weather patterns, many species are being forced to adapt to new stressors as their preferred habitats are becoming uninhabitable.

Research has shown that animals are shrinking in response to climate change, but how human activities and rising temperatures are impacting invertebrates has been poorly understood.

In a new study, a team of researchers from several academic institutions in Spain examined morphological changes in social wasps in connection to climate change over the past 100 years.

The researchers measured the body mass, head width, and wing size of over 200 Dolichovespula sylvestris wasps that were housed in museum collections.

Some of the specimens dated back to 1904, and the researchers were able to measure changes in size over time.

The team compared the changes in body size to the increases in annual temperatures.

The researchers found that body mass, wing area, and head width all decreased through the years, and the wasp got smaller and smaller in response to changes in temperature.

Wing size decreased faster compared to body size, and if this trend continues, it could impair the wasps’ ability to fly.

The study, published in the journal Ecological Entomology, is the first to find a potential link between climate change and morphological changes in social insects like wasps.

“Body size shrinking is likely to have some adverse effects on recent (and future) insects,” Carlo Polidori, the first author of the study, told New Scientist. “For example, smaller wasps may be able to hunt only smaller prey species compared with past wasps.”

There may be other factors at work that could explain the changes in body size, but the study shows that wasps are shrinking along with many other species in response to new environmental stressors.