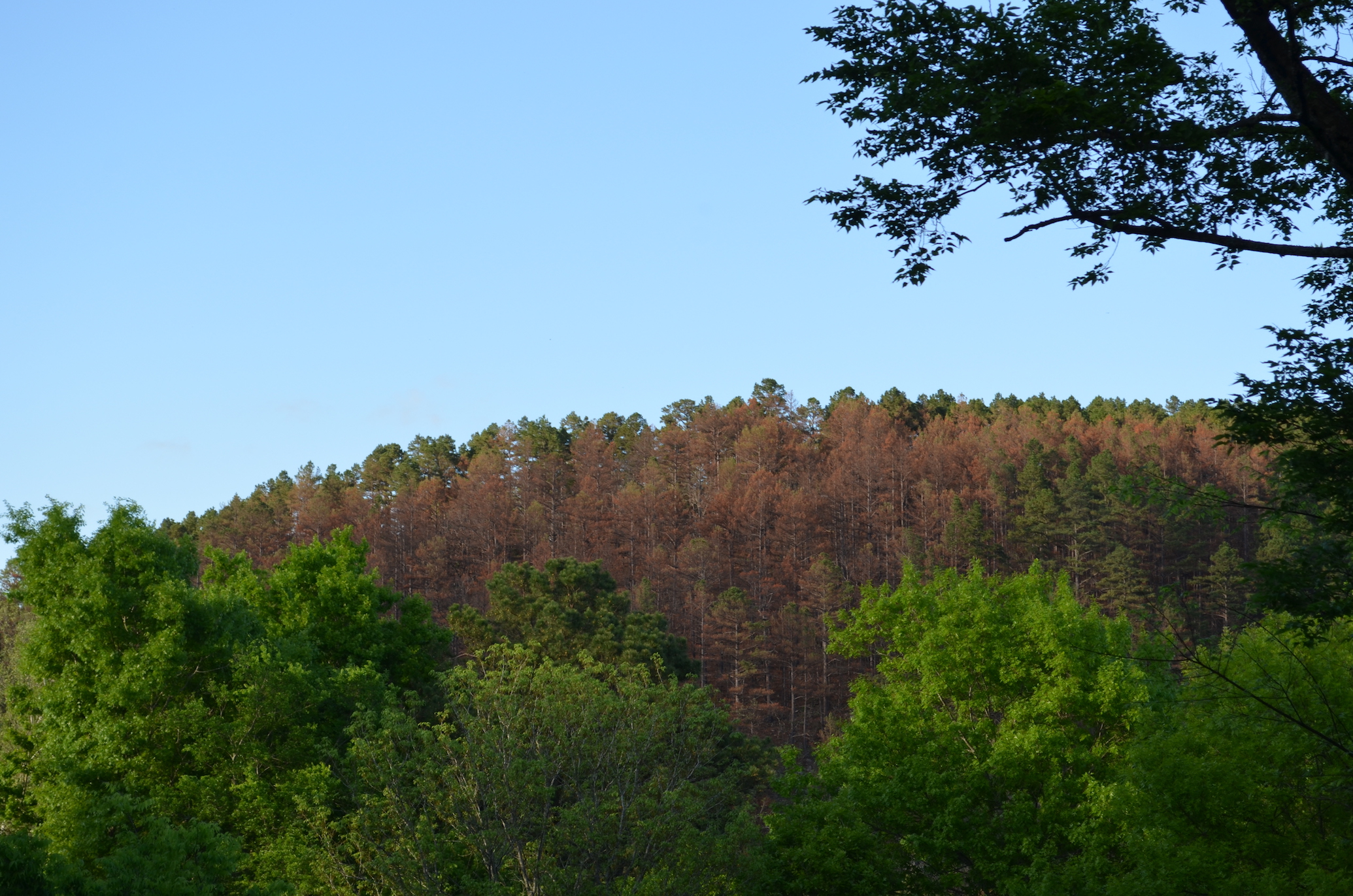 Sometimes the consequences of climate changing and a warming environment may not be very obvious. In this case, they may be hiding out of sight, inside the bark of the trees within our forests. A new study has found that over the next few decades, increases in winter temperatures caused by climate change could significantly extend the range of the southern pine beetle, which is one of the planet’s most aggressive tree-killing insects. The southern pine beetle’s range used to be from Central America to the southeastern United States, but in roughly the last decade they have begun to show up in northern forests of the Northeast and New England.

The range of this insect is generally curtailed by annual extreme temperature lows. However, these lows are rising a lot faster than average temperatures, which could result in the beetle’s spreading faster than previously predicted. The study’s authors predict increases in annual minimum air temperatures of 6.3 to 13.5 degrees Fahrenheit across the northeastern U.S. and southeastern Canada by 2050 to 2070.

What are the consequences of this spread? “We could see loss of biodiversity and iconic regional forests,” says Corey Lesk, lead author and a graduate student at Columbia University. “There would be damage to tourism and forestry industries in already struggling rural areas.” Infested forests may also be at risk to dry out and burn, causing property loss and even loss of life, as well as emitting large amounts of carbon into the atmosphere.

The researchers predict that by 2020, the southern pine beetle will have an established territory that extends up the Atlantic coast and into Nova Scotia. They further predict that by 2080, suitable climates for the beetle could extend to 71 percent of red pines and 48 percent of jack pines, which stretch across more than 270,000 square miles of the northeastern United States and southern Canada.

In the southeastern United States, pine beetle infestation have cost an estimated $100 million per year in timber losses from 1990 through 2004, according to the U.S. Forest Service.

It should be noted that although the researchers incorporated 27 different global climate models in their study, the paper did not address some uncertainties. For example, the possibility that cold extremes could change more dramatically than climate models suggest, which may occur if atmospheric circulation patterns or snow cover shift in unpredictable ways. Another question is how these beetles will respond to droughts or heat waves, as well as new predators.

In the southeast, land managers have already been using adaptive strategies to combat the spread of these beetles – with limited success. These strategies include thinning of forests where tree density is high, and removal of infested trees. If the southern pine beetle’s range continues to grow, northern forests may have to adapt these strategies as well – and hope that they work.