Climate system in Asia influences hurricanes in the Atlantic • Earth.com 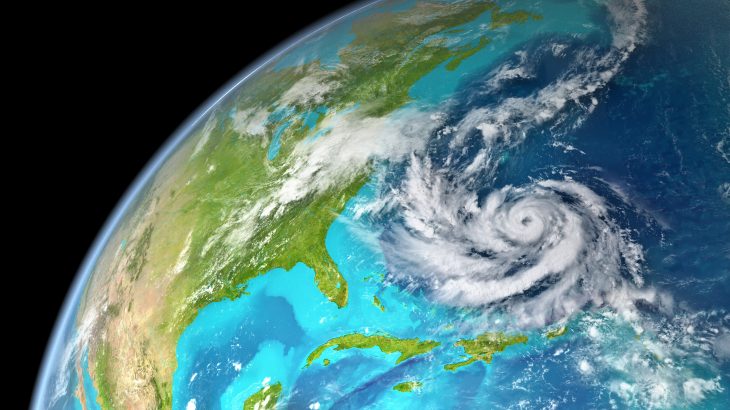 Scientists at the University of Iowa have identified a link between hurricanes in the Atlantic Ocean and a climate system in East Asia. The study may provide new insight into how tropical cyclones develop that can strengthen into hurricanes.

The researchers explained that the East Asian Subtropical Jet Stream (EASJ), which originates in East Asia and moves west to east across the globe, contains an atmospheric phenomenon called a Rossby wave. This type of planetary wave occurs naturally in the atmosphere and the ocean as a result of Earth’s rotation.

The experts determined that Rossby waves are carried by the EASJ to the North Atlantic when tropical cyclones are most likely to form. The planetary waves affect wind shear, the vertical movement of wind, which is a critical factor in the development of hurricanes.

“When the EASJ is stronger, it can enhance this pattern, which leads to stronger teleconnections and stronger wind shear in the North Atlantic,” said study co-author and climate scientist Wei Zhang. “That can suppress Atlantic tropical cyclone formation.”

The scientists observed nearly 40 years of tropical cyclones in the Atlantic Ocean during the peak formation season between August and November to search for a correlation with EASJ activity.

“What we found was there is a signal (Rossby waves) in terms of wind shear and that this signal is coming from the west, being Asia, over the Atlantic, via the East Asian Subtropical Jet Stream,” said Zhang. “These jets act as a conduit for the signal originating in Asia, so it can propagate over the Atlantic.”

The team analyzed the database from the National Hurricane Center between 1980 and 2018, as well as other datasets, to search for patterns of EASJ activity and the development of tropical cyclones in the Atlantic.

The researchers had previously found a connection between the EASJ and storms affecting the western United States.

“We said, ‘OK let’s see whether this subtropical jet can influence other weather systems,” said study co-author Gabriele Villarini. “We found a physical mechanism that can provide a basic understanding in the context of tropical cyclone formation. Then the question becomes, ‘OK, now that you know that, what are you going to do with it?'”

“That’s the part that is not there yet, in the sense of how predictable is the East Asian Subtropical Jet, and how far ahead can we predict it for an entire season, so that it can become a useful tool for predicting tropical cyclone formation in the North Atlantic.”

The researchers will also investigate how the East Asian Subtropical Jet Stream may be affected by climate change, which could alter the frequency of hurricanes in the North Atlantic Ocean.