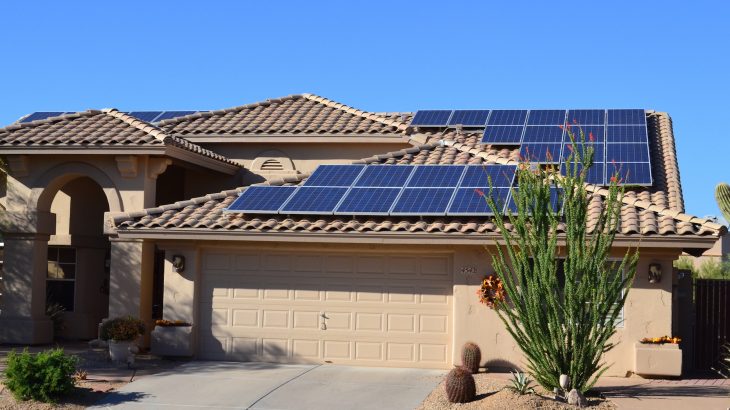 Researchers at UC San Diego have investigated the role that cloud cover and relative humidity play when surfaces such as solar panels are exposed to shortwave and longwave radiation.

To identify the exact role water plays, the team needed to determine how much heat can be rejected to outer space and how much is radiated back by the atmosphere. The researchers found that water in the atmosphere, whether in gas, liquid, or solid form, is the main factor that influences how radiation is diverted.

As a result of the research, the experts developed radiative cooling resource maps to help pinpoint the best climates for the large-scale deployment of passive cooling technologies, which rely on daily changes in temperature and humidity.

Study co-author Carlos F.M. Coimbra is the chair of the Department of Mechanical and Aerospace Engineering at UC San Diego.

“We used recently calibrated correlations, experimental data and models for ground values of water vapor and temperature with sky emissivities to map out the places in the U.S. where we can most effectively reject heat from the ground to outer space,” said Coimbra. “Because of the physical processes involved, locations with drier atmospheres and the most frequent clear skies are the most appropriate for deploying passive cooling technologies.”

While the American Southwest was found to have great potential for the cooling technology, “other areas where the effect of relative humidity alone depletes the ability to use this cold reservoir resource show much less potential.”

“In the areas with great cooling potential, the total energy consumption and the associated carbon footprint of conventional cooling technologies – often the highest component of electricity demand – can be substantially reduced,” explained Coimbra.

The area of thermophotonic design of surfaces for passive cooling has recently  received much more attention for its potential to reject heat to the sky.

“Since antiquity, many societies have used the cold sky to their advantage,” said Coimbra. “In desert areas, a clever combination of transpiration cooling (an evaporative method) with passive radiative cooling to ‘cold’ (dry, clear) skies was often used to produce ice and keep it from melting.”

“The design of dry cooling condensers for concentrated solar power plants or air conditioning systems will benefit from the ability to reflect selectivity in the solar while emitting strongly within the infrared parts of the spectrum.”

“But these strategies are most effective during particular seasons and for particular regions of the planet. We live in an era of DNA-targeted medicines, but we still use generic energy technologies that aren’t necessarily tailored to different regional needs. It is time to rethink the way we deploy these impactful technologies.”

The study is published in the Journal of Renewable and Sustainable Energy.