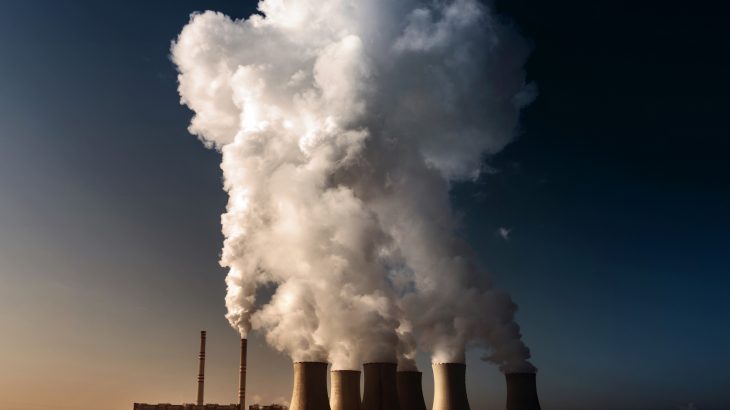 Carbon emissions from human activities could soon match carbon levels from 56 million years ago during the Paleocene-Eocene Thermal Maximum (PETM), the last major greenhouse warming event when the poles were ice-free, and many species went extinct.

A new study, published in the American Geophysical Union’s journal Paleoceanography and Paleoclimatology, shows that current atmospheric carbon emissions are increasing at a rate ten times higher than what occurred during the PETM.

Philip Gingerich, a paleoclimate researcher at the University of Michigan, authored the study and was able to relate carbon emissions during the PETM to current annual rates.

If carbon emissions continue to climb, the results suggest that the Earth’s climate will match the PETM by 2159.

“You and I won’t be here in 2159, but that’s only about four generations away,” said Gingerich. “When you start to think about your children and your grandchildren, and your great-grandchildren, you’re about there.”

The PETM was a period of significant warming and researchers are not sure what drove the release of thousands of gigatons of carbon into the atmosphere.

Temperatures during the PETM where around 13 degrees Fahrenheit higher than the average global temperatures today, and during this time many deep ocean organisms went extinct, animals on land migrated or adapted, and the shift in emissions altered global climate for thousands of years.

The PETM serves as an excellent model for studying the impacts of climate change and projecting potential climate change due to increases in carbon emissions today.

However, limited understanding of the PETM and average carbon emission estimates made pinning down yearly emission rates 56 million years ago impossible.

Gingerich was able to overcome this challenge by using a mathematical model to compare current carbon emissions to those seen during the PETM over the same time scale.

The results of the study show that carbon emission rates today are nine to ten times higher compared to the PETM.

Gingerich also projected future emissions and found that a future PETM event, where atmospheric carbon accumulations match the PETM minimum of 3,000 gigatons, could happen as soon as 2159.

“To me, it really brought home how rapidly and how great the consequences are of the carbon we’re producing as a people,” said Gingerich.

Unless emissions are mitigated, these results and many other climate studies all point to a drastically different future climate compared to what we are used to. As more and more carbon emissions accumulate in the atmosphere, the longer it will take for the Earth to cool back down.

“It’s not just about 100 years from now; it’s going to take significant periods of time for that carbon dioxide to make its way back into the Earth’s crust,” said Larisa DeSantis, a paleontologist at Vanderbilt University who was not involved with the study. “It’s not a short-term event. We’re really committing ourselves to many thousands of years of a warmer world if we don’t take action quickly.”