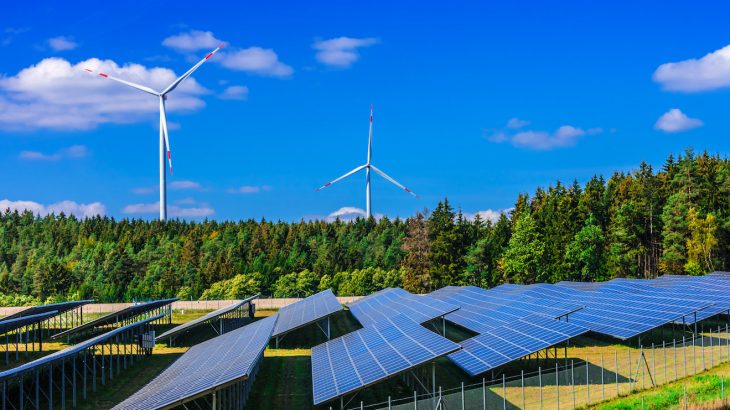 CO2 emissions dropping in economies with decreasing fossil fuel use

According to new research from the Tyndall Centre at the University of East Anglia (UEA), strides to cut CO2 emission levels in developed economies have proven effective. The research shows that renewable energy and energy efficiency policies have worked to reduce CO2 emissions in 18 developed economies, including the U.K., U.S., France, and Germany, which represent 28% of global emissions.

The study, published February 25th in Nature Climate Change, looked at economies in which emissions declined between 2005 and 2015. The research team found that the drastic drop within the decade was due to a switch from fossil fuel to renewable energy as well as a decrease in energy use. Unsurprisingly, countries with the greatest CO2 emissions decrease were the ones with the most energy and climate policies in place.

It should be noted that the decrease in energy use can be partly explained by the global financial crisis of 2008 and 2009, during and after which there was lower economic growth, and therefore less demand for energy.

The authors say that, although emissions are decreasing in developed countries, efforts must be expanded and bolstered to limit climate change and comply with the Paris Agreement.

“Our findings suggest that policies to tackle climate change are helping to decrease emissions in many countries. This is good news, but this is just the start,” said lead researcher Professor Corinne Le Quéré, of the Tyndall Centre for Climate Change Research at UEA. “There is a long way to go to cut global emissions down to near zero, which is what is needed to stop climate change. Deploying renewable energy worldwide is a good step but by itself it is not enough, fossil fuels also have to be phased out.”

“New scientific research on climate change tends to ring the alarm bells ever more loudly. Our findings add a thin sliver of hope. It is possible for countries to peak and then decline their emissions year in year out,” said Dr. Charlie Wilson, from UEA. “Eighteen countries so far have shown us how concerted policy ambition and action on energy efficiency, renewables, and climate targets can work. Now we must make sure these early precedents become the rule not the exception. This is a huge global challenge.”

To keep in line with the Paris Agreement’s order to limit climate change to below 2 °C, global CO2 emissions must be be cut by a quarter by 2030. As the study shows, global CO2 emissions increased 2.2% each year between 2005 and 2015. This shows that the introduction of renewable energy has not been enough to halt fossil fuel usage entirely.

As co-author Dr. Glen Peters, of Oslo’s CICERO Center for International Climate Research, said, “Energy and climate policy has been successful at supporting renewables and energy efficiency, but to realise meaningful emission reductions supporting policies are needed to penalise the emission of carbon dioxide.”