Collision with a dwarf planet likely shaped the Moon we know today • Earth.com 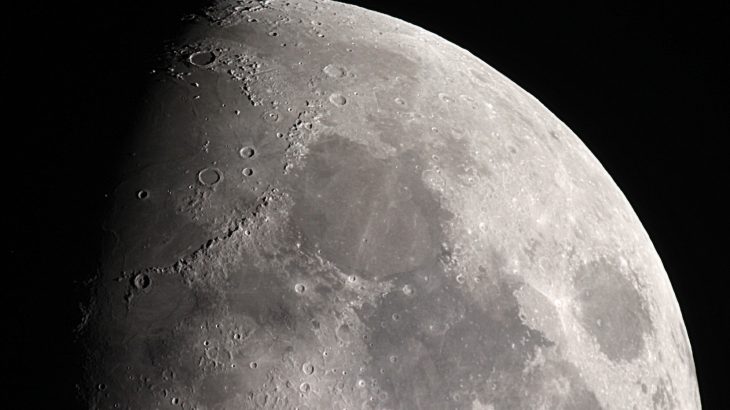 The difference between the Moon’s hemispheres has been a mystery for researchers since the Apollo missions first put people on the Moon and NASA realized that the far side of the Moon and the side facing the Earth were very different.

When the Gravity Recovery and Interior Laboratory (GRAIL) mission in 2012 revealed that the crust is thicker on the far side of the Moon, it was suggested that either a dwarf planet in orbit around the sun collided into the Moon or that the Earth once had two moons that collided into each other.

In a new study published in the American Geophysical Union’s Journal of Geophysical Research: Planets, researchers analyzed data from the GRAIL mission to help solve the mystery of the Moon’s hemispheres and contrasting topography.

Meng Hua Zhu from the Space Science Institute at Macau University of Science and Technology and a team of researchers used data from the GRAIL mission to test 360 computer simulations of different giant impact scenarios with the Moon.

“The detailed gravity data obtained by GRAIL has given new insight into the structure of the lunar crust underneath the surface,” Zhu said.

The most realistic scenario involved a large body 480 miles in diameter colliding into the near side of the Moon at 14,000 miles per hour.

But this object was likely not a second moon but a dwarf planet or similar sized body that was in orbit around the sun and got pulled into the Moon’s path.

An impact of that extent would have kicked up a large amount of dust and debris that would have later settled on the far side of the Moon, which helps explain the added layer of crust.

“Understanding the origin of the differences between the nearside and the farside of the Moon is a fundamental issue in lunar science,” said Steve Hauck, the Editor-in-Chief of the Journal of Geophysical Research: Planets. “Indeed, several planets have hemispherical dichotomies, yet for the Moon we have a lot of data to be able to test models and hypotheses with, so the implications of the work could likely be broader than just the Moon.”