Colonization of the Americas actually cooled the Earth’s climate • Earth.com 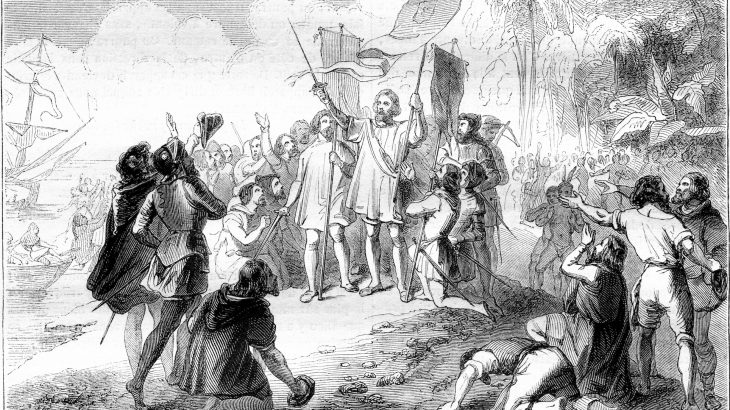 Colonization of the Americas actually cooled the Earth’s climate

When Europeans arrived to the Americas in 1492, bringing with them disease and colonizing the land, it jump started a period known as “the Great Dying.” During this time, disease, war, and slavery wiped out 90 percent of the America’s indigenous populations.

This staggering loss of life left a vast amount of abandoned land in its wake. Now, a new study claims that reforestation after the Great Dying caused temperatures to drop and was a driving factor behind the “Little Ice Age,” when winters in Europe were so cold that rivers would freeze over.

Researchers from University College London reviewed population data before and after the Great Dying and compared this with atmospheric CO2 levels at the time to estimate the impacts of colonization in North, Central and South America on the world’s climate.

It’s estimated that by 1600, 56 million people had died due to the colonization of the Americas.

“The Great Dying of the Indigenous Peoples of the Americas led to the abandonment of enough cleared land that the resulting terrestrial carbon uptake had a detectable impact on both atmospheric CO₂ and global surface air temperatures,” the researchers wrote in their study, which was published in the journal Quaternary Science Reviews.

The Great Dying was a slow process spurred on by several disease outbreaks of smallpox, influenza, and measles.

As indigenous populations died off, the researchers say that the vast amounts of abandoned agricultural land left behind quickly reforested and this increase in vegetation pulled more CO2 from the atmosphere.

The researchers reviewed 119 regional population estimates and calculated that before 1492, 60.5 million people lived in the Americas.

The team then focused on the abandoned agricultural land left after the large-scale depopulation of the Americas and estimated how land use would have factored into reforestation and climate change later on.

“The decimation of Indigenous American populations by re-occurring waves of epidemics combined with societal disruption likely drove large reductions in agricultural activity,” the researchers wrote in their study. “Using indigenous population decline estimates and their per capita land use we can estimate the extent to which vegetation succession in the Americas occurred following the Great Dying in the first century after European arrival, and how this may have impacted resulting carbon sequestration.”

According to the study, atmospheric CO2 levels dropped by 7-10 particles per million which shifted the global climate and caused the temperature to drop on a global scale.