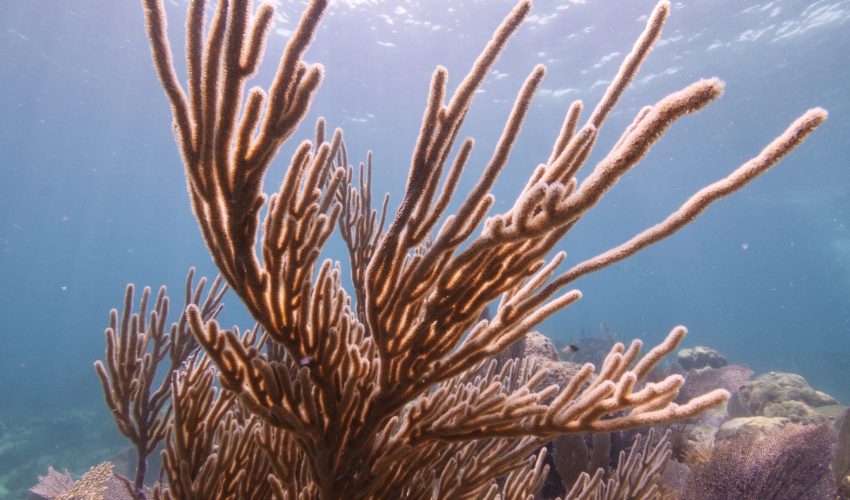 As we’ve reported, the Great Barrier Reef now lives under threat of coral bleaching events prompted by warming ocean waters. But what about coral reefs off the coast of the United States?

The Coral Restoration Foundation (CRF), in collaboration with the Georgia Aquarium, is currently taking on one of the largest coral restoration efforts in the world.

The Florida Reef Tract is a vital reef at the core of an extremely diverse and vibrant ecosystem, and the work being done by the CRF could lay the groundwork for bringing reefs back from the brink worldwide

However, the reef is struggling to adapt to the damaging effects of climate change, human activities, and 2017’s particularly devastating hurricane season.

A unique blend of local and global stressors, including pollution and ocean acidification, have become too much for the reef to overcome and are causing staggering reef loss around the world.

So far, the Florida Reef Tract has lost almost 97 percent of its staghorn and elkhorn coral cover, two coral species that previously dominated the reef but are now critically endangered.

Enter the Coral Restoration Foundation, which has worked to cultivate coral nurseries along the ocean floor, growing corals that will eventually be attached to local reefs in an effort to restore the reef and promote natural reef growth and spawning.

On World Oceans Day, June 8th, the CRF along with aquarists and volunteers from the Georgia Aquarium hosted the 4th annual Coralpalooza, a huge coral planting event where several hundred coral clippings were attached to sections of the Florida Reef Tract.

The CRF currently has seven offshore coral tree nurseries in South Florida which are home to ten different species of coral.

Once the corals in the nursery are big enough, they are attached directly to the reef using an epoxy that helps the clipping cement itself to the reef.

“The coral nurseries are anchored to the bottom with a PVC and fiberglass frame that allows the corals to dangle and twist,” Steve Hartter, the senior aquarist at the Georgia Aquarium, told Earth.com.

According to the CRF, the organization has planted more than 66,000 corals onto the Florida Reef Tract.

Nursery maintenance occurs four times a year, and Hartter compared the nurseries to an underwater farm given the way the nurseries are laid out on the ocean floor and the clippings harvested.

Spawns are also captured from the nurseries as a way to help promote genetic diversity and boost healthy coral growth. Collecting and analyzing this material has offered important insights into coral genotypes.

For example, some genotypes are better suited to adapting to climate change than others which could aid in reef preservation down the line.

“Genetic diversity is an important component of population health.  A diverse population is more likely to be able to adapt to changes or threats that coral species face,” said Hartter. “This is particularly important with ecosystems like coral reefs, where multiple threats such as climate change, ocean acidification, eutrophication, and disease outbreaks are occurring simultaneously.”

Coral spawns are an important part of the recovery process because some corals like Staghorn and Elkhorn are not able to self-fertilize.

“With Staghorn and Elkhorn populations in such dire condition, natural spawning and recruitment is becoming increasingly rare, as the spawn cannot reach each in the ocean currents while still active,” said Hartter. “By out planting corals with different genotypes in close proximity, this will increase successful natural spawning in the future.”

The CRF is doing groundbreaking work in recovering the Florida Reef Tract and with coral planting events like Coralpalooza, that work is making its way into the public’s eye.

If coral reefs are to have any kind of chance to adapt and recover from climate change in the coming years, the methods employed by the Coral Restoration Foundation could prove vital for worldwide reef management.