As calls get louder, governments crack down on environmental protests • Earth.com 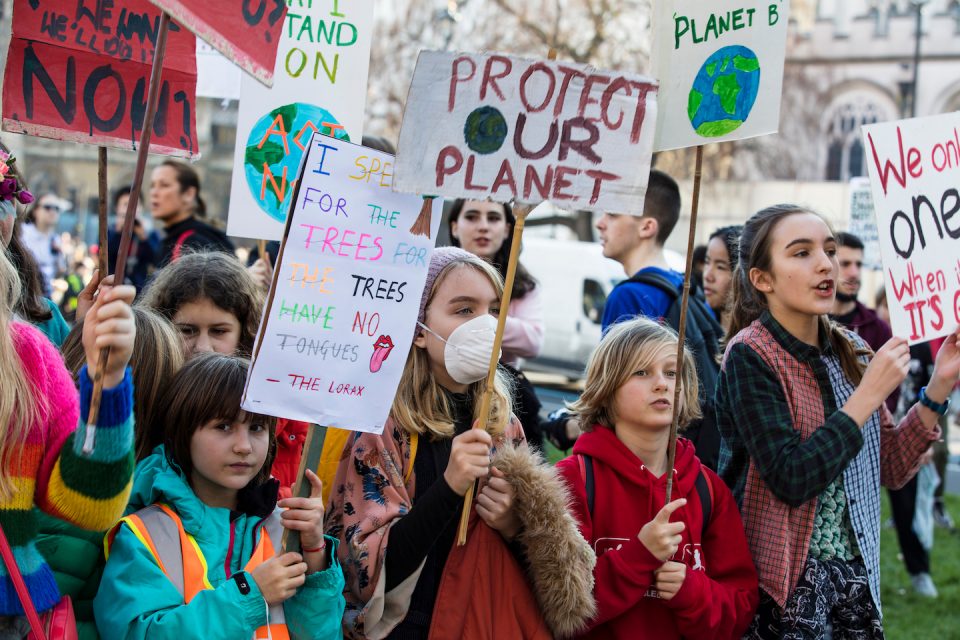 As calls get louder, governments crack down on environmental protests

Economics have to date fueled much environmental destruction and injustice.  In many ways, economics as they are now are merely a conduit of changing nature (and human labor) into money that is collected mainly by the already powerful.

There isn’t a solid consensus on how economics fit in with the environment.  One side of the environmental movement sees economics as a solution to the environmental crisis while the other side feels that the economic apparatus must be completely destroyed.  Mainstream environmentalism primarily seems to have embraced ideas of economic reform on massive scales as we’ve seen in the Green New Deal which has been called socialist by its critics.  The criticism of environmentalism as being anti-capitalist or anti-economics is nothing new.  High Country News reports that The New Deal and National Forests were once dismissed by critics as socialism.

The National Lawyers Guild points out that with the formation of the EPA and other environmental regulations, environmentalism has often squared off against corporate profit.  The point isn’t whether these programs are or are not socialist. The point is that on some level, capitalism is about selfishly consuming ‘resources’ including trees, animals, land.  The environmental movement is opposed to this selfish destruction and consumption and so is opposed to current capitalist economics.

Unfortunately, the government is very invested in economics, even within the realm of conservation.  National Forests, parks, and wildlife are all defined economically. This reductionism is a large part of what has lead to the confrontation between environmentalists, the government and other champions of the status quo.  Jack Turner describes the problem well in his book The Abstract Wild:

“Economists and scientists have conned us into speaking of trees as “resources,” wilderness as a “management unit,” and picas gathering grass for winter because of “incentives.” In accepting these descriptions, we allow a set of experts to define our concerns in economic terms and predetermine the range of possible responses.  Often we cannot even raise the issues important to us because the economic language of others excludes our issues from the discussion.”

It’s easy to see why economics have come to define so much in our daily discussion.  Talks of the economy overshadow basic moral principles. Time and again, the discussion of allowing immigrants into the United States turns on economic cost versus benefit instead of the moral validity of seeking asylum from violence.  The same is true of much criticism of the environmental movement and even some ideas within the movement itself. Because of the opposing goals of environmentalists and the United States government, a conflict is inevitable.

Protests are on the rise.  According to Vox, more people than ever have protested the current presidential administration on a number of issues.  The feeling is that many people are getting frustrated by only voting and letting elected officials decide what to do and are demanding action now.  The environmental movement is included in the frustration. In the face of little government action to really confront climate change, students across the world have joined in protesting.  As protests begin to ramp up, the government has started to respond.

The National Lawyers Guild reported last month of a rise in laws aimed at attacking environmental activism.  Protests against fossil fuel interests are often attacked under the guise of protecting critical infrastructure.  The National Lawyers Guild reports that since 2017, bills to designate fossil fuels as critical infrastructure and allow greater latitude in prosecuting those who protest them have been introduced 18 times in 12 states.  There are currently 8 states considering such bills now. Lawsuits are also routinely brought against protestors by private companies with the goal of merely tying protestors up in long and expensive lawsuits.

Meanwhile, law enforcement regularly labels activists as ecoterrorists or extremists.  These labels are used to justify militarized responses from law enforcement and private security firms as seen in the protests at Standing Rock.  This goes beyond the crack down I reported on recently on those groups protesting pipelines in the US.  It extends beyond one group and also applies to other countries as well.

Human Rights Watch reported that Poland moved to limit the rights of environmental protestors before the climate talks there.  This essentially allowed the talks to proceed without any private citizens or environmental groups having a voice on issues that affect us all.  The Polish law forbid spontaneous protests in Katowice during the 2018 climate talks there. Laws like this one and others throughout the world show that although governments and corporations may talk about the threat of climate change and environmental responsibility, they aren’t willing to be held accountable.  Similar actions have been taken at other climate talks.

Those with wealth and those already benefiting from global capitalism are doing their best to either keep the system as it is or rebuild it in a way that continues to disproportionately benefit them.  There is nothing new in those with power trying to maintain that power through actions of military and government. What is new is how much is at stake at this moment. We’re going through a period of unprecedented environmental destruction, not just from climate change but from habitat destruction and development.  Protests are acts of desperation from those who have no other recourse to be heard. Attacking protestors is an act of desperation from those at the top, afraid that change will mean nothing but loss for them.