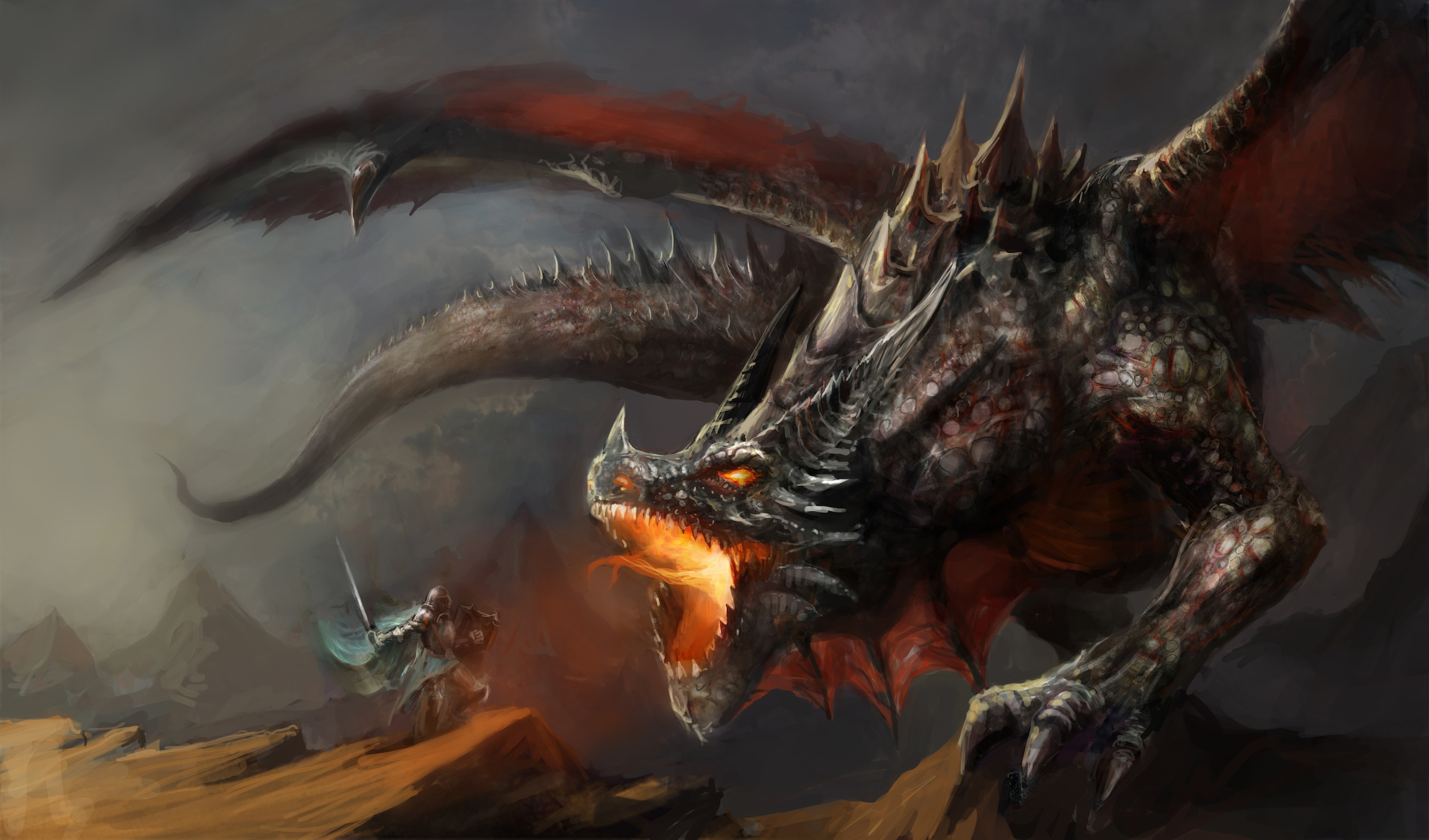 Cryptozoology is the study of ‘hidden’ or legendary animals, though it’s not normally considered actual science.

Cryptozoology is controversial at best.  The search for mythical and legendary creatures is easily mocked; more the realm of The X-Files than a serious academic pursuit.  However, there’s more than one angle from which to view cryptozoology.

The disdain for all things crypto in many academic circles can be seen as careful cultivation of scientific skepticism.  This disdain can also be seen as an implicit ethnocentric refusal to acknowledge other systems of ‘knowing’ outside of the western scientific tradition.  To be truly skeptical we must also be skeptical of our own assumptions, methods and biases.

The fine balance between skepticism and arrogance is illustrated by a story a professor told me in college.  The professor had worked for years in Ecuadorian tropical forests, first as a guide and then as a researcher.  The professor was fluent in Spanish and knew at least a good amount of Quechua as well.  My professor recalled that his Quechua speaking friends told him a story of a giant snake, much bigger than any anaconda known to science.  The professors first reaction was to laugh at the snake story, though his native friends were angry with his reaction.  The professor knew his native friends to not be foolish or liars.  How seriously the giant snake story was taken left the professor to contemplate the possible; taking into account his, and all humans general ignorance and what that leaves us with.

It’s easy to ignore stories of ghosts or unknown beasts sitting at home.  Water, electricity, the internet lie within hands reach at all times in the ‘modern’ world.  Rarely do we face the bewildering environment as our ancestors must have, where a story may be the only defense you have against terror of an indifferent and violent world.  When you’re 10 or 50 or 100 miles from the nearest paved road, it’s easier for myth and legend to creep into your bones and cling there like cold with no heat.

We are animals which evolved as sometimes prey for animals like tigers, crocodiles or perhaps Smilodon.  Fear built into our genes by natural selection lives closer to the surface than we care to admit.  The creak of a door, wind in the trees, when we’re alone imagination makes these into monsters.

A healthy fear kept our ancestors alive in environments much less predictable, less buttoned down under human ‘control’.  In his book, The World Until Yesterday, Jared Diamond refers to mindful fear as ‘constructive paranoia’ a way of erring on the side of caution as a way of balancing survival odds in one’s favor.

It’s important to note that our ancestors weren’t just paranoid, they were also extremely keen observers of their environment.  We have a bit of unfounded fear of shadows, unknown sounds is somewhat built into our genes but we’ve lost a lot of observational skill.  The observational abilities are typically skills that are learned rather than genetic.  Wade Davis does a good job of highlighting the distinct differences in what’s necessary for survival and thus what’s important in indigenous cultures compared to ours.  Skills like using money or computers or phones are important for success in our own culture where deep knowledge of the natural world is important for primary/indigenous cultures.  In the book, One River, Wade Davis talks about the discovery of such hallucinogenic drugs as Ayahuasca.  Ayahuasca is a drug made from two plants that alone have no psychedelic effect whatsoever and a number of additives that changes the overall effect of the drug.  Wade Davis explains how impossible it is for our culture to grasp the indigenous feat of discovery,

“The Amazonian flora contains literally tens of thousands of species.  How had the Indians learned to identify and combine in this sophisticated manner these morphologically dissimilar plants that possessed such unique and complementary chemical properties?  The standard scientific explanation was trial and error…a euphemism which disguises the fact that ethnobotanists have very little idea how Indians originally made their discoveries.”

Our ignorance and the difference in depth between western culture and indigenous relationships to the land is again highlighted by Barry Lopez in Arctic Dreams,

“This time around, however, the element in the ecosystem at greatest risk is not the bowhead but the coherent vision of an indigenous people.  We have no alternative, long-lived narrative to theirs, no story of human relationships with that landscape independent of Western science and any desire to control or possess.  Our intimacy lacks historical depth, and is still largely innocent of what is obscure and subtle there.”

Native observers are steeped in worldviews swimming with myth and religion foreign to westerners.  Often indigenous observation is rejected out of hand.  Native view often assumed to be superstitious or fanciful compared to western ‘scientific’ ideas.  There is an apocryphal story of scientists arguing over the purpose of root buttresses on tropical trees.  A native guide suggested that the buttresses were used to support the tree and keep it upright.  The scientists thought the guide’s idea was preposterous. As the scientists continued to argue, the guide cut the buttresses off the tree and easily pushed it over, now that it had no support buttresses.  The story highlights the irony that scientists, the supposed bearers of truth in our culture usually have much less direct experience with an environment than those who simply lived in that environment their whole lives.  Cultures grown in relative harmony with an environment also maintain keen insight into that environment.

Science is in the business of model making.  A model based on observations in the Arctic may be applied to ecosystems in tropical Africa.  The model based system can give great insight into big systematic questions, like those of evolution.  However when it comes to natural history studies dealing with the behavior or existence of an individual species, we must rely on observation.  Scientists observing the basics of an environment try to enter the realm of indigenous people with realities of plants, animals and the elements woven into the fabric of their cultural identities.

Indigenous accounts are full of everything from giant creatures that could be giant ground sloths to forest spirits as Daniel Leonard Everett relayed in his book, Don’t Sleep There are Snakes,

“…they believe that they have seen these spirits, and they believe they see them regularly.  When we looked into it, we saw that these aren’t invisible spirits that they’re seeing.  They are entities that take on the shape of things in the environment…”

These stories sound like incredible tales told to gullible travelers.  Some of the stories are undoubtedly objectively false.  Even with physical evidence, tales like these fostered a small but thriving trade in Narwhal tusks passed off as unicorn horns in the European Middle Ages.  Before we discount everything we should bear in mind animals like gorillas that were once in the realm of legend.  Other examples of animals that seemed suspect at first are Komodo Dragons and the Platypus.  A large amount of the stories initially told in Europe about gorillas was horribly false or hugely exaggerated.  For instance there are illustrations of gorillas bending hunter’s rifles to make them useless in defense against the violent gorillas.  It wasn’t until 1847 that gorillas were formally described in scientific literature.  Obviously natives in Africa knew about gorillas long before 1847.  Another thing to keep in mind is the difference in world views that Daniel Everett hints at, perhaps something existing or not is a matter of perspective.  Perhaps not all truths can be approached through the objective test of scientific rigor.

I have a friend who’s worked with live reptiles or fossils most of his life.  My friend owns a pair of cast footprints found in Washington, said to be from Bigfoot.  My friend isn’t especially gullible, when it comes to Bigfoot, he wants to believe.  As he’s put it to me before, he doesn’t think the existence of Bigfoot is impossible.  The footprint casts I’m told appear to be from an animal with an injury in one foot.  If the casts are fake, they’re a very good fake.

Native American traditions in South Dakota where my friend lives refer implicitly and explicitly to ‘Bigfoot’.  There’s even a Bigfoot Road not too far from Badlands National Park.  The vast, apparent emptiness of the prairie starves the modern mind of its customary diet of ceaseless chatter.  In the void grows the possible.

Some Bigfoot stories seem impossible; Bigfoot stealing from a house on the reservation for instance.  On begins to wonder if the cultural blinders we wear in the west cause us to literally see different worlds than those seeped in indigenous/primary cultures.  Perhaps we miss things because of our narrow viewpoint.  Or perhaps we stand at a place where the last myths haven’t quite yet been banished by the light of science.

To me, the takeaway message from all of this isn’t the existence or non-existence of mysterious creatures.  The message I want to convey is that the world is stranger, wider and more mysterious than any cultural conception of it.  We are small, quickly vanishing animals in the yawning vastness of space and time, our sense of awe places us in the midst of things.