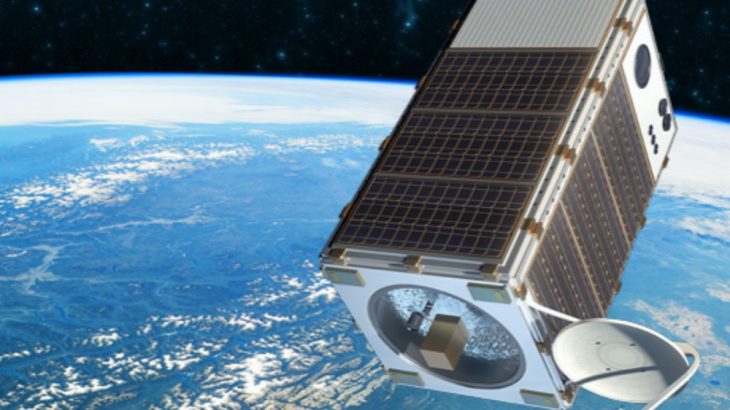 As technology advances by leaps and bounds, a new generation of cutting-edge satellites are helping to monitor the greenhouse gases linked to climate change.

For more than a decade, national space programs have helped to monitor greenhouse gas levels around the world. NASA missions have monitored carbon dioxide and methane levels. The Japanese Aerospace Exploration Agency has its Greenhouse Gases Observing Satellite, or GOSAT.

Now, environmental nonprofits and private organizations are getting in on the game with cutting-edge satellites of their own.

The Environmental Defense Fund is one of them. Its MethaneSAT is a compact satellite that will be able to pinpoint the sources of methane emissions in the Earth’s atmosphere, and evaluate their impact.

“Human-made methane emissions account for a quarter of today’s global warming,” the EDF says on its website. “The oil and gas industry is a leading source. From remote wellheads to gas utility lines, companies release about 75 million metric tons a year.”

Being able to spot the biggest sources of atmospheric methane could help environmental groups develop strategies to reduce it.

MethaneSAT is part of a larger EDF initiative to cut methane initiatives 45 percent by 2025.

“Just the first step will have the same near-term climate benefit as shutting down one third of the world’s coal-fired power plants,” the organization’s president, Fred Krupp, said in a TED Talk when announcing the satellite project. The nonprofit hopes to launch the satellite within two years.

The firm Bluefield Technologies is creating its own fleet of tiny, cutting-edge satellites that it says can be used by gas industry players to detect methane leaks.

In a blog entry, Bluefield’s president Yotam Ariel pointed out that eight major gas companies, including ExxonMobil and Eni, have committed to reducing methane emissions.

Part of the reason is the public attention on methane and its role in climate change, he said. Gas leaks have also been linked to high-profile accidents in recent years, and companies are seeking to prevent them. But there’s also a financial aspect.

“In reality, these oil and gas companies want to eliminate methane leaks from their operations because it’s good for their bottom line,” he said.