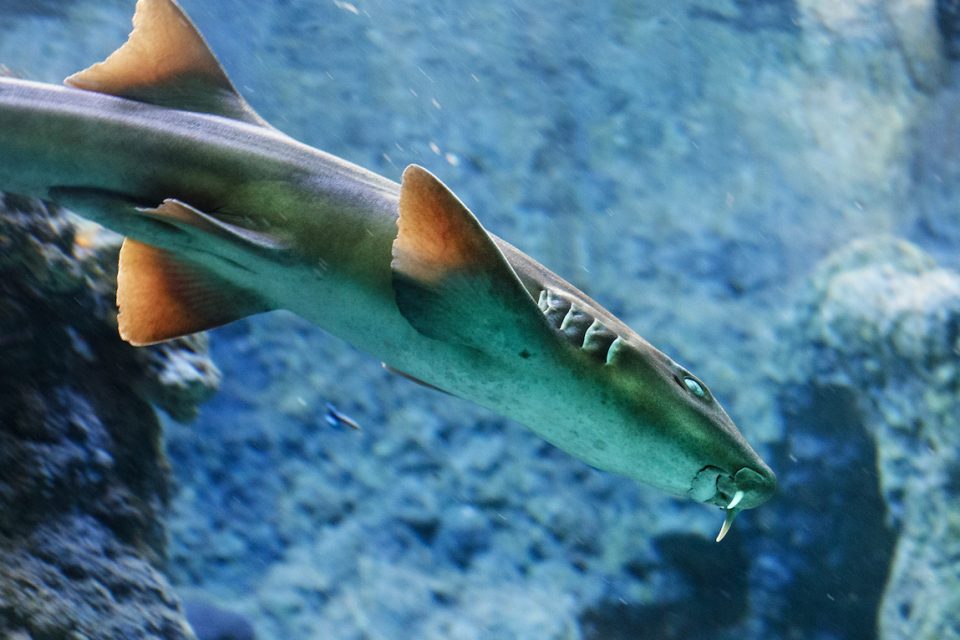 Advancements in genetic sequencing have enabled researchers to compare the genomes of different species to better understand the development and evolution of certain characteristics.

Sharks have many unique characteristics like their body structure and long lifespans that researchers are keen to study, and a fully decoded shark genome could provide important clues into why sharks possess these unique traits.

However, sharks have massive genomes that are even larger than humans and which has made decoding the genetic blueprint of sharks challenging to researchers.

Researchers from the RIKEN Center for Biosystems Dynamics Research were able to get around this challenge and successfully decode the genomes of two shark species for the first time in a new study published in the journal Nature Ecology and Evolution.

The team used advanced DNA sequencing technologies and comparative bioinformatics specifically able to cope with gigabase-scale sequences to map the genome of two species: the brownbanded bamboo shark and the cloudy catshark.

The two shark species were chosen because they can be raised in aquariums and so studying live specimens was much easier for the researchers.

Once the genomes of the two shark species were decoded, the team was able to compare sharks to other vertebrates and answer some of the biggest questions surrounding shark genomes.

Why do sharks have such large genomes? The researchers discovered that this was because the shark has so many repeating elements in its genetic sequences.

Shark genomes have also evolved slowly and so they are considered “living fossils,” according to the researchers.

The team also used their methods to improve the genome of the whale shark. After comparing the whale shark to the newly decoded shark species, the researchers discovered differences in how visual pigments are absorbed and processed by sharks.

Whale sharks are able to sense short wavelengths which makes sense given how deep whale sharks can dive.

There were many genes in the two shark genomes that were considered counterparts of genes that regulate human growth, sleep, and appetite which shows that the groundwork for human physiology has existed long before sharks and humans split from a common ancestor over 450 million years ago.

“Our results will fill a long-standing gap in the genome biology of animals, and will also help us gain greater understanding about metabolism, reproductive cycle, and health monitoring of sharks,” said Keiichi Sato, an author of the study. “Such understanding should contribute to the conservation of marine environments as well as to sustainable husbandry and exhibitions at aquariums that allow everyone to experience biodiversity up close.”