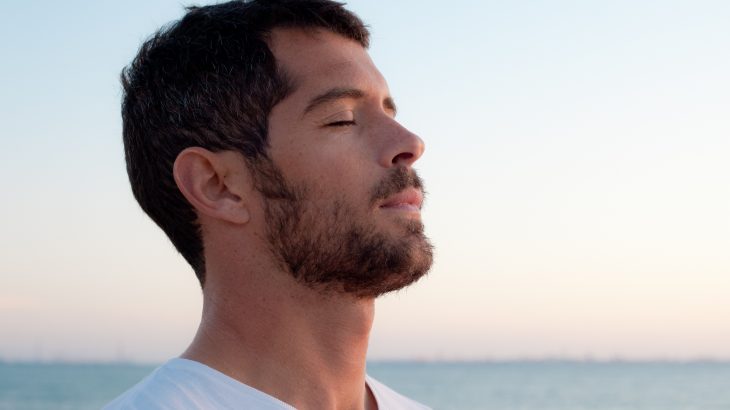 Taking a deep breath can improve concentration on simple tasks

A new study by experts at the Weizmann Institute of Science has found that taking a deep breath before a simple task can improve performance. The research suggests that inhaling stimulates a part of the brain that is responsible for attention and concentration.

A team led by Professor Noam Sobel, who is the Head of the Department of Neurobiology at the Weizmann Institute, set out to investigate whether inhaling had an influence on the execution of simple tasks.

The study was focused on 30 individuals who were presented with shapes and words while they were hooked up to a device that measured inhalation and exhalation through the nose and also monitored brain activity. The participants were asked to determine if the words were real or made up, and if the shapes were physically possible.

The study revealed that participants scored higher on the shape tasks after inhaling.

On the other hand, the participants did not improve their scores on word tasks by inhaling. In fact, some individuals scored higher after exhaling when determining whether words were real or fake.

According to study co-author Ofer Perl, the higher scores on the shape task cannot be explained by improved oxygen levels in the brain because it would take dozens of seconds to affect these levels.

The experts also observed increased electrical activity in regions of the brain associated with attention after participants inhaled, but this effect was not observed after exhalation. Professor Sobel said this means that the brain “processes things differently from inhale to exhale.”