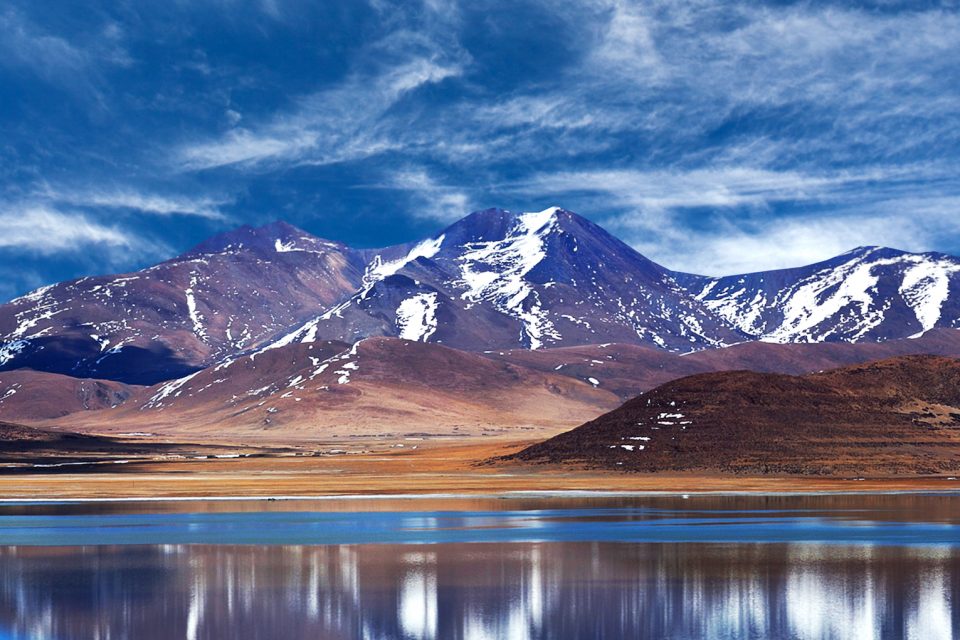 The Tibetan Plateau is one of the largest and highest plateaus in the world, spanning 965,000 square miles and surrounded by tall mountain peaks.

With temperatures averaging around 32 degrees Fahrenheit and thin air due to the high altitude,  the Tibetan Plateau is also one of the most challenging places to live on Earth.

Researchers have long thought that the area was only inhabited by humans as recently as 12,000 years ago and permanently settled around 3,600 years ago.

However, an international team of archeologists and researchers uncovered archeological evidence that suggests humans occupied the Plateau thousands of years earlier than was thought.

What’s more, the researchers theorize that it wasn’t modern humans but an ancient species of humans called Denisovans that first lived in the harsh environment.

The excavation of a new archeological site called Nwya Devu provided a wealth of clues pointing to early settlement.

Nwya Devu is the highest Paleolithic archeological site ever discovered, according to a study published in the journal Science.

According to New Scientist, the researchers unearthed thousands of stone tools and only a few organic remains. The team was able to date the stone tools by dating the soil that the tools were buried under and found that some of the tools are 40,000 to 30,000 years old.

The Tibetan Plateau is sometimes referred to as “the roof of the world” or the “third pole” because of the high altitudes, but the Tibetan people are genetically primed to thrive in the harsh conditions due to genetic variants that help them breathe in the low oxygen environment.

Previous research has shown that people from Tibet contain gene variants that come from the long since extinct Denisovans, the results of interbreeding between Denisovans and modern humans.

This latest find could help explain how modern Tibetans came to carry the Denisovan gene variants.

“What we know is that the Denisovans left their homeland in the Altai Mountains of southern Siberia and eventually trekked all the way to Melanesia [the islands northeast of Australia], taking with them their signature genome,” John Olsen from the University of Arizona in Tucson told New Scientist. “One logical route for such a migration may have included passage up and over the Tibetan Plateau.”

The lack of organic remains at Nwya Devu leaves little room for anything more than speculation as to who were the first people to inhabit the Tibetan Plateau, but this study offers compelling evidence that Denisovans got there first.