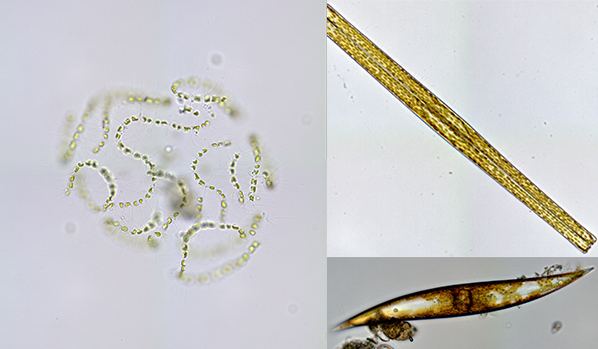 In the human body, reactive oxygen species are unstable molecules containing oxygen that react aggressively with other molecules in a cell. The accumulation of these destructive free radicals can cause serious and even fatal damage to cells.

Reactive oxygen species also exist in marine ecosystems, where they are thought to degrade the cells of organisms such as phytoplankton. However, researchers at UC San Diego have now discovered that these molecules may actually play a beneficial role in the ocean.

The study has revealed that a reactive oxygen species produced by the marine diatom Thalassiosira oceanica is helpful in protecting its cells from overproducing a compound that powers photosynthesis.

The findings could have implications for marine organisms and their chemical environment. The type of reactive oxygen species examined for the study is known as superoxide, which is a charged oxygen atom.

Scientists believe superoxide may be responsible for the fish fatalities associated with toxic algae blooms, which highlights the need for a better understanding of how and why it is produced in certain circumstances.

The contrasting positive and negative effects of superoxide could be a critical factor in how marine ecosystems respond to climate change. According to study lead author Julia Diaz, it is possible that superoxide production could help to mitigate excessive stress on the ocean.

A compound produced by T. oceanica called NADPH is the power source that allows the diatoms to convert carbon into carbohydrates. In the presence of very bright light, however, T. oceanica can produce too much NADPH.

The team analyzed superoxide production in diatoms at various light levels and concluded that it protects cells at times when too much NADPH is produced. The reactive oxygen species acts like a surge protector that keeps energy flowing at safe levels.

“Our findings point to a new role for reactive oxygen species in the photosynthetic health of this diatom. The next challenge is to determine whether this process also exists in other phytoplankton species,” said Diaz.