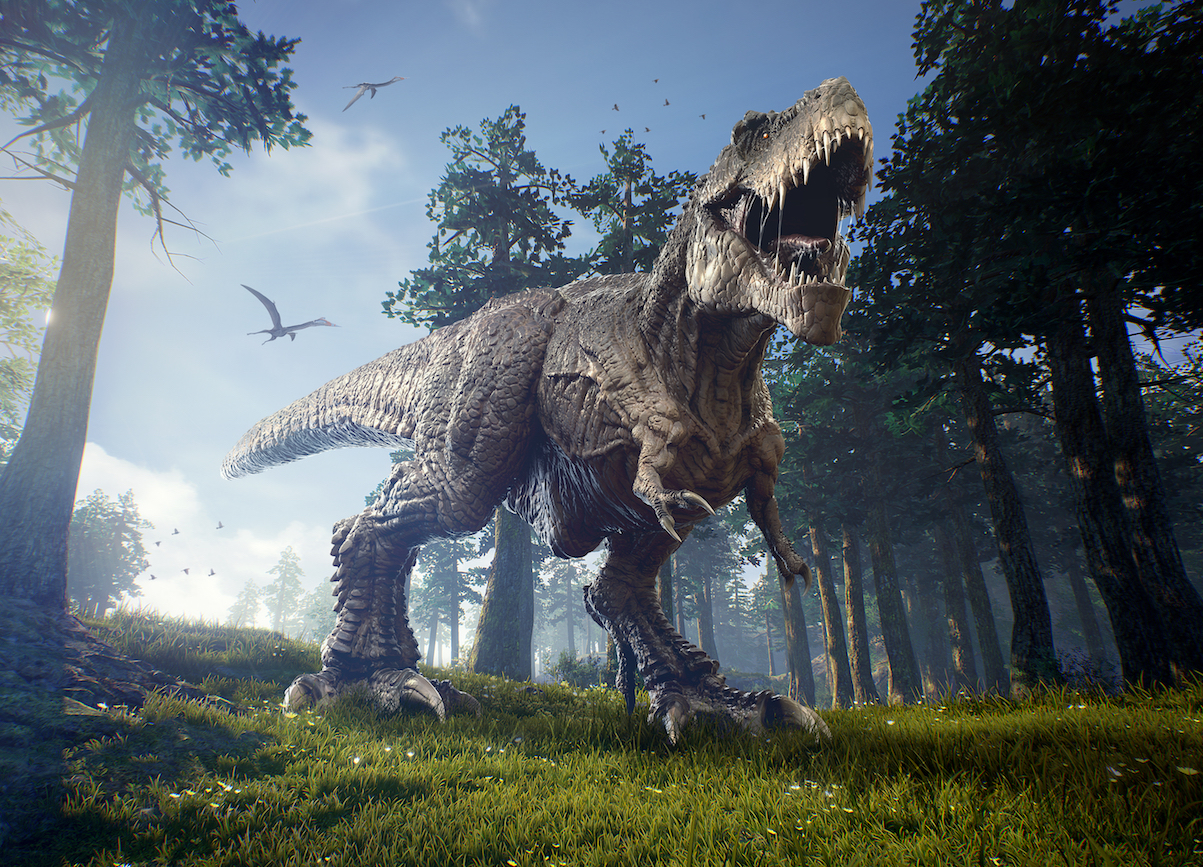 A new study – published online in Nature Research’s Scientific Reports – details the discovery of a newly discovered tyrannosaur species that went through a unique evolution.

Their findings include that Daspletosaurus horneri – also known as “Horner’s Frightful Lizard” – evolved directly from its geologically older relative, D. torosus. This is evidence of a rare form of evolution called anagenesis, in which one species gradually morphs into an entirely new, separate species.

D.horneri is believed to have lived in Montana 75.2-74.4 million years ago. It had a body length of about 9 meters and preyed on horned dinosaurs, crested duckbill dinosaurs, dome-headed dinosaurs, and smaller theropod dinosaurs.

The team also uncovered new details on the facial structure of tyrannosaurs, a group that includes the Tyrannosaurus rex and its closest relatives – and you thought your in-laws were bad… okay moving on.

Their research found that the faces of tyrannosaurs were covered by large, flat scales, with small patches of armor-like skin and a horn. They found no evidence of lips, but discovered that the snout may have been extremely touch-sensitive.

By working with well-preserved fossils, the scientists were able to compare tyrannosaur skulls with those of crocodilians, birds, and mammals. They then analyzed their findings against earlier research that matched bone texture with varying types of skin covering.

Sedlymayr describes their research process further, saying, “Much of our research went beyond field paleontology – it was generated from lab-based comparative anatomy, the dissection of birds as living dinosaurs and crocodilians as their closest living relatives.”

The scientists discovered a complex sensory web within the facial structure of these tyrannosaurs. They believe it is derived from the trigeminal nerve, which is shown throughout evolutionary history to be connected to an array of “sixth senses” in vertebrates. These senses include the use of magnetic fields for bird migration, infrared sensing in pit vipers, and the sensing of water vibrations by alligators, among many others.

“In some ways, the facial components of the trigeminal nerve of these dinosaurs mirrors that of humans,” said Sedlmayr. In humans, this nerve allows for significant touch sensitivity within our faces. Through this, we can have complex emotional and social facial displays that are imperative for human communication.

Based off this new research, maybe humans and dinosaurs aren’t so different after all.