Discussing climate change in new ways can inspire a sense of urgency • Earth.com 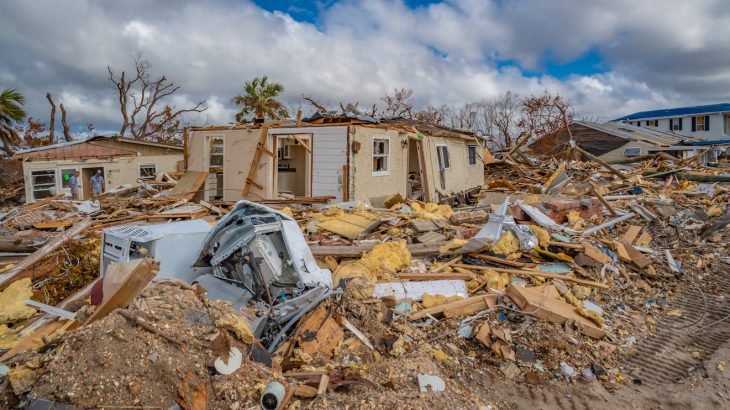 Earlier this month, more than 4,000 climate scientists, educators, and experts attended the 98th annual meeting of the American Meteorological Society. Now, in a new piece in Politico Magazine, Bryan Bender describes why this group of professionals is embracing a new approach to address climate change, which begins with avoiding the phrase itself.

The strategy will focus less on who or what is causing the issues associated with emerging climate patterns, while focusing on obvious everyday changes that people are witnessing firsthand such as earlier springs and hotter, drier summers.

By shifting away from a language that blames human activities for changing weather patterns, the hope is that more people will take notice of how climate change may affect them personally and will gain a sense of urgency to help prevent its dangerous effects.

According to Bender, many of the conference attendees expressed the need to take politics out of the conversation altogether. The new strategy aims to get the attention of appointed officials, as well as the people who vote for them, by making them aware that their own health and livelihoods are seriously threatened.

Placky told Bender: “Is it humans or is it not? We really need to get beyond that. We are still not getting enough people to talk about it in the ways that matter to human beings in their homes, in their communities, for their family.”

“So it is making those connections in ways that really matter to people. It’s a jobs story. It’s an agriculture story. Connect it to the farm bill; boom!”

In his report, Bender pointed out that local TV meteorologists were among the last scientists to accept that human activities are driving climate change.

Keith Seitter, the executive director of the American Meteorological Society, told Bender: “I think a lot of the broadcasters were concerned that there was such a political divide within the population and if they were very vocal of any aspect of climate change some subset of their audience would not view them with a level of trust.”

But now, hundreds of broadcast meteorologists are working with Climate Matters to develop new ways of informing their viewers about climate change, and this approach is encouraged by the American Meteorological Society.

“There has also been some very specific programs that have worked with target audiences – even in some deeply red states – about how do we message some of the science in ways that depoliticize it,” said Seitter.

“If you start talking about, ‘We are getting more rainfall than we used to; our climate is different than it used to be,’ that is different than saying humans are causing it. They’re not saying a whole lot of why on why it is changing but they are at least getting people to understand those changes are there.”