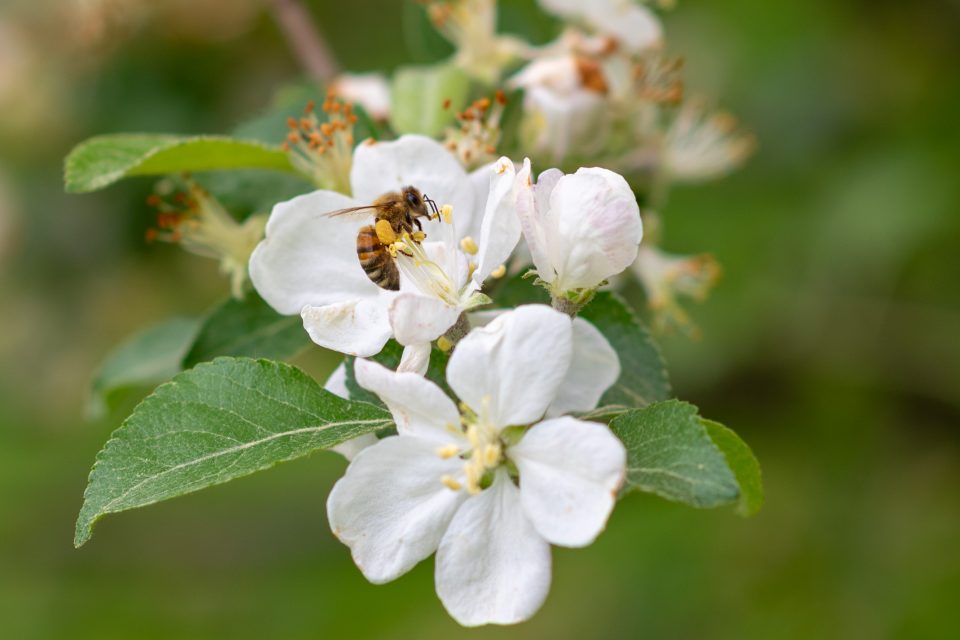 A new study has revealed that honeybees from apiaries may be spreading viral infections to wild bumblebees.

Although it’s been over a decade since beekeepers first reported that thousands of hives were missing their bees due to colony collapse disorder, bees are still struggling.

Without bees pollinating our plants and crops, agricultural worldwide is at risk.

Researchers from the University of Vermont discovered that honeybees from managed apiaries are spreading deadly RNA viruses and wild bumblebees become infected with these viruses when they visit the same flowers.

The flowers serve as a bridge, allowing infections to spread.

In the study, published in the journal PLOS ONE, the researchers focused on two RNA viruses, the deformed wing virus (DWV) and the black queen cell virus (BQCV).

The viruses were discovered on 19 percent of flowers within apiaries.

The study shows that viruses may be spreading from apiaries to wild bumblebees with flowers acting as the intermediary between the different bees.

If flowers near apiaries serve as an important route for spreading disease, the researchers suggest implementing strategies to keep vulnerable bumblebees away from infected floral areas.

“The study supports a widely accepted yet largely untested hypothesis: viruses are spilling over from managed honey bees into wild bumble bee species, and this is likely occurring through the shared use of flowers,” said Samantha Alger, the lead author of the study.