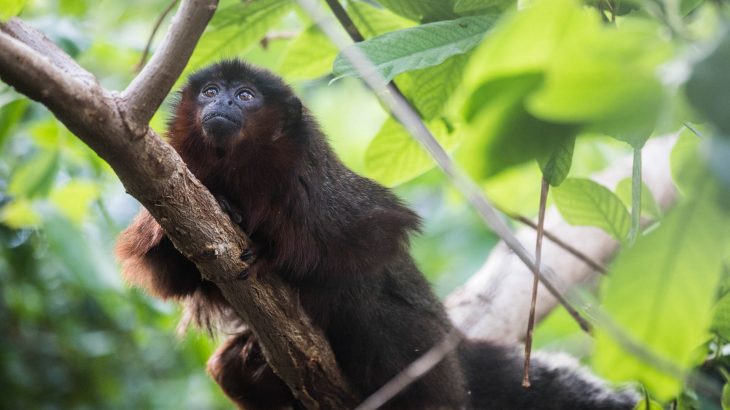 Experts from the Zoological Society of London, London’s Natural History Museum, and the American Museum of Natural History, recently analyzed ancient DNA samples from a now-extinct monkey called Xenothrix in an effort to understand why this monkey’s physicality differed so much from the monkeys of today. What they found was that Xenothrix is most similar to South America’s titi monkeys (Callicebinae), and underwent huge evolutionary change throughout its existence.

The Xenothrix’s evolutionary change had much to do with the ecology of the Caribbean islands. The experts’ findings, published in Proceedings of the National Academy of Sciences, shows that the Xenothrix’s ancestors colonised the Caribbean islands more than once. Its estimated that the species colonised Jamaica from South America about 11 million years ago after having floated to the island on natural vegetation rafts.

It’s the island environment — one that had no mammal predators — that experts believe contributed to its unusual anatomical development.

“This new understanding of the evolutionary history of Xenothrix shows that evolution can take unexpected paths when animals colonise islands and are exposed to new environments,” said Professor Samuel Turvey from ZSL, a co-author on the paper. “However, the extinction of Xenothrix, which evolved on an island without any native mammal predators, highlights the great vulnerability of unique island biodiversity in the face of human impacts.”

Experts hypothesize that Xenothrix was a slow-moving tree dweller with only a few teeth. It had shortened legs like a rodent and perhaps looked similar to a kinkajou or a night monkey. Their relatives, the titi monkeys, are also small tree-dwellers. However, titis are much more active, incredibly vocal, and have a lifespan of about 12 years in the wild.

“Ancient DNA indicates that the Jamaican monkey is really just a titi monkey with some unusual morphological features, not a wholly distinct branch of New World monkey,” Ross MacPhee of the American Museum of Natural History’s Mammalogy Department, a co-author of the study, said. “Evolution can act in unexpected ways in island environments, producing miniature elephants, gigantic birds, and sloth-like primates. Such examples put a very different spin on the old cliché that ‘anatomy is destiny.’”