Like humans, dolphins are at risk from antibiotic-resistant diseases • Earth.com 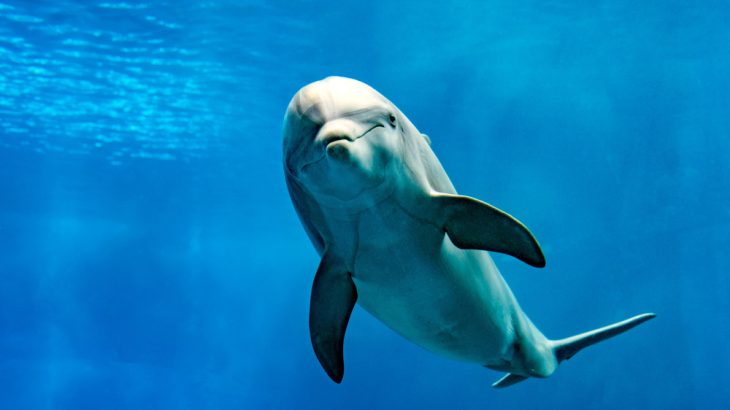 Like humans, dolphins are at risk from antibiotic-resistant diseases

As antibiotic use has become widespread around the world over the past few decades, antibiotic-resistant diseases have begun to emerge.

Now, a new study has found that it’s not just humans facing the unintended side effect of antibiotic use. Dolphins, too, are beginning to fall prey to drug-resistant strains of previously treatable illnesses – possibly due to discarded human medications washing into coastal waters.

“In 2009, we reported a high prevalence of antibiotic resistance in wild dolphins, which was unexpected,” lead author Adam M. Schaefer of Florida Atlantic University said in a press release. “Since then, we have been tracking changes over time and have found a significant increase in antibiotic resistance in isolates from these animals. This trend mirrors reports from human health care settings.”

Until recently, antibiotic-resistant diseases were found mainly in health care settings, the researchers said. However, in recent years they’ve spread beyond hospitals and care facilities. Many of the drug-resistant strains thrive in marine environments, according to the researchers.

The team – from FAU’s Harbor Branch Oceanographic Institute, Colorado State University, the Georgia Aquarium and the Medical University of South Carolina – conducted the study from 2003 to 2015 in Florida’s Indian River Lagoon, where bottlenose dolphins live. Nearby human residents have a major influence on the lagoon’s ecosystem.

The researchers found more than 730 pathogen isolates in samples from 171 individual dolphins. A full 88.2% of the pathogens showed resistance to at least one antibiotic, particularly erythromycin (91.6%), ampicillin (77.3%) and cephalothin (61.7%).

“Based on our findings, it is likely that these isolates from dolphins originated from a source where antibiotics are regularly used, potentially entering the marine environment through human activities or discharges from terrestrial sources,” Schaefer said.

The study shows that humans are in danger from antibiotic-resistant diseases in the water, not just dolphins and other marine animals, the researchers said.

The study has been published in the journal Aquatic Mammals.