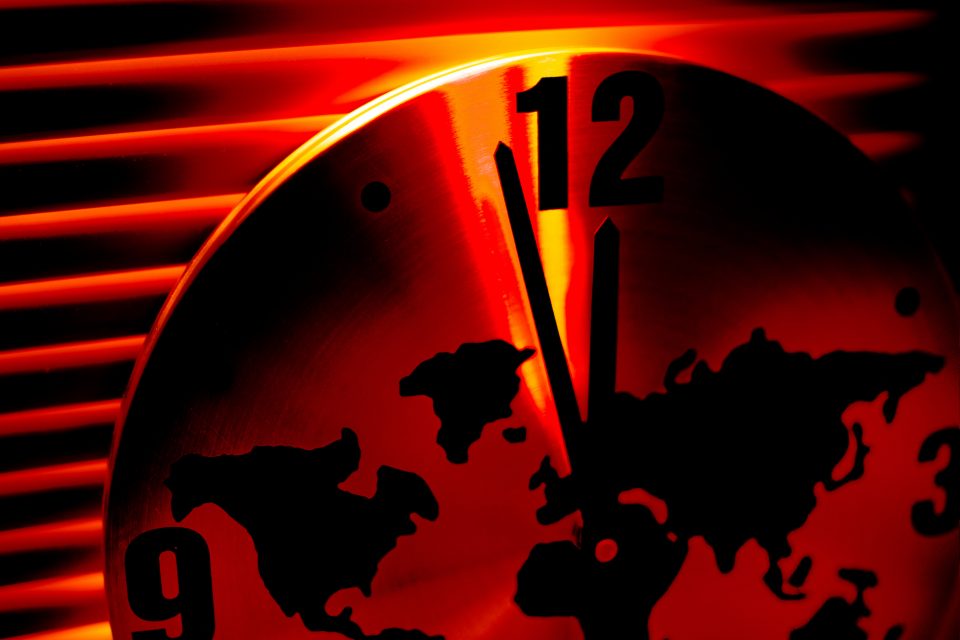 The Bulletin of the Atomic Scientists, an organization comprised of scientists and Nobel Laureates, recently announced that the world’s Doomsday Clock remains at two minutes to midnight.

While the clock hasn’t moved since last year, two minutes to midnight is the closest the clock has come to the apocalypse since the 1950s when the world was locked in a nuclear arms race.

The clock remaining in place is anything but comforting, and the Bulletin of the Atomic Scientists call this new environment of political unrest and upheaval, “the new abnormal.”

“It’s a state as worrisome as the most dangerous times of the Cold War, a state that features an unpredictable and shifting landscape of simmering disputes that multiply the chances for major military conflict to erupt,” the Bulletin wrote in their 2019 Clock Statement.

“This new abnormal is simply too volatile and dangerous to accept as a continuing state of world affairs.”

Comparisons to the Cold War are not unwarranted as the US has pulled out of the Iran Nuclear Deal and recently announced its withdrawal from the Intermediate-Range Nuclear Forces Treaty (INF).

The INF was a treaty signed by Ronald Reagan and Russia with the aim of stopping the production of certain ballistic missiles. According to CNN, thousands of missiles were destroyed after the treaty was signed, but the US has recently accused Russia of violating the treaty.

Nuclear weapons are not the only things pushing the Doomsday Clock closer and closer to midnight. The Bulletin also reported that climate change poses one of the biggest threats to humanity.

“The existential threat from human-caused global warming is ominous and getting worse,” the 2019 Clock Statement reads. “Every year that human activities continue to add carbon dioxide to the atmosphere irreversibly ratchets up the future level of human suffering and ecosystem destruction that will be wrought by global climate disruption.”

Both nuclear war and climate change could collapse infrastructure, severely limit crop yields and food production, and cause untold fatalities.

The Bulletin of the Atomic Scientists reports that it is not too late to correct the course of climate change, but limiting carbon emissions and reducing atmospheric greenhouse gas levels will require a major global effort.