Dredging destroyed over a half million corals in Florida • Earth.com 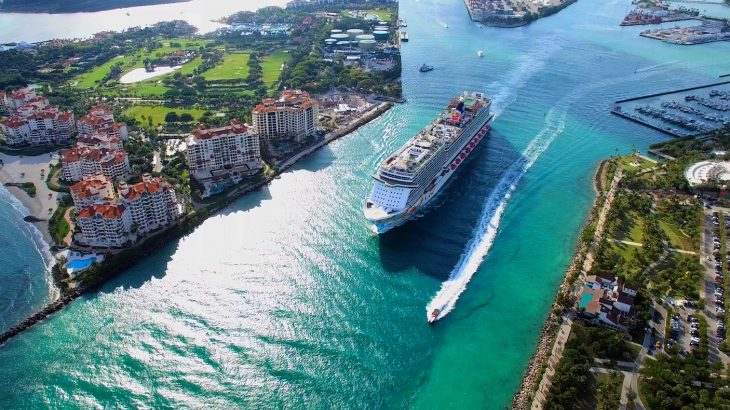 Dredging destroyed over a half million corals in Florida

The decimation of over half a million corals in Florida was caused by a 16-month dredging operation in the Port of Miami, a new study shows.

Researchers from the University of Miami conducted a comprehensive study of Florida’s reef tract to see to what extent dredging impacted the corals and how far those impacts extended.

The results, published in the journal Marine Pollution Bulletin, show that over the course of the 16 months, plumes of sediment dredged up from the ocean floor settled between 50 to 90 percent of nearby reefs which caused widespread coral declines.

The impacts were strongest within 550 yards of the newly dredged channel, but the researchers say that corals could be impacted across 15 miles of the reef tract.

At first, coral deaths in the region were attributed to an outbreak of coral disease, but after reanalyzing data from the dredging, the researchers found that disease had little to do with it.

The researchers also took advantage of satellite data to see if sediment plumes from dredging visible from space could be used to help estimate the damage to corals near the plumes.

“We brought together all the available data from satellites, sediment traps, and hundreds of underwater surveys,” said Ross Cunning, the lead author of the study. “Together, the multiple, independent datasets clearly show that dredging caused the major damages observed on these reefs.”

Coral cover has declined 70 percent along the Florida reef tract, and as corals provide an essential buffer against coastal flooding, protecting these natural barriers is crucial.

“If we want to conserve these ecosystems for the generations that come after us, it’s essential that we do all we can to conserve the corals we still have left,” said Andrew Baker, the senior author of the study. “These climate survivors may hold the key to understanding how some corals can survive global changes. We have to start locally by doing all we can to protect our remaining corals from impacts, like dredging, that we have the ability to control or prevent.”