It only takes a few drinks to alter memory formation, study shows • Earth.com 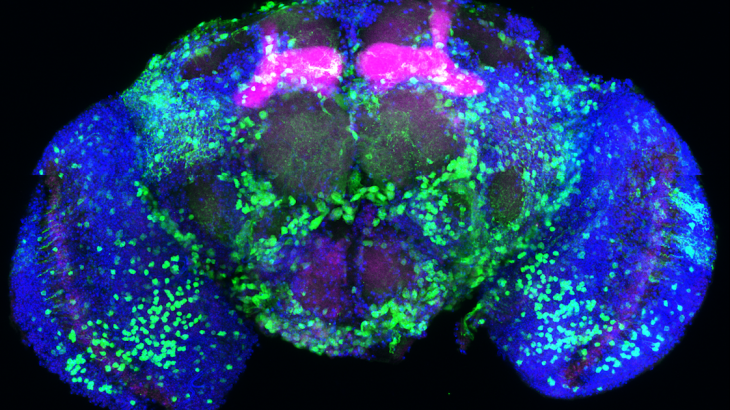 A new study involving fruit flies shows that alcohol directly affects how our memories are formed. Because fruit flies’ molecular signals for forming reward and avoidance memories are so similar to that of humans, researchers used the critters to see just how much alcohol can affect the formation of our memories.

Researchers at Brown University found that alcohol can actually change proteins expressed in the neurons responsible for memory formation and form cravings.

Assistant professor of neuroscience at Brown University and senior author on the paper, published in the journal Neuron, Karla Kaun, initially approached this study wanting to understand why neurotoxic drugs and alcohol produce such rewarding memories.

“All drugs of abuse — alcohol, opiates, cocaine, methamphetamine — have adverse side effects. They make people nauseous or they give people hangovers, so why do we find them so rewarding?” Kaun hypothesized that once researchers knew which molecules were being affected by alcohol and being converted to cravings, they could better help recovering addicts and alcoholics by altering the length or intensity of craving memories.

By genetically manipulating fruit flies’ neurons at the molecular level, Kaun and her team were able to test specific genes by turning them on and off to figure out which molecular pathways and proteins were involved in alcohol-related reward memories.

In doing so, the researchers found that both Notch and dopamine-2 (the “feel good” neurotransmitter) were twos such proteins affected by alcohol consumption. However, alcohol did not turn dopamine-2 on or off. Rather, it changed a single amino acid “letter” within the protein, therefore altering it completely.

“We don’t know what the biological consequences of that small change are, but one of the important findings from this study is that scientists need to look not only at which genes are being turned on and off, but which forms of each gene are getting turned on and off,” Kaun said. She added that she believes these findings can apply to multiple forms of addiction.

Kaun said that, if proteins in humans are shifted in the same way as they are in these fruit flies, a single glass of wine can “activate the pathway,” which will return to normal within an hour. However, Kaun said, “After three glasses, with an hour break in between, the pathway doesn’t return to normal after 24 hours. We think this persistence is likely what is changing the gene expression in memory circuits.” She plans to continue her research and apply these findings to responses to other addictive substances.