Drought conditions have caused parts of California to sink • Earth.com 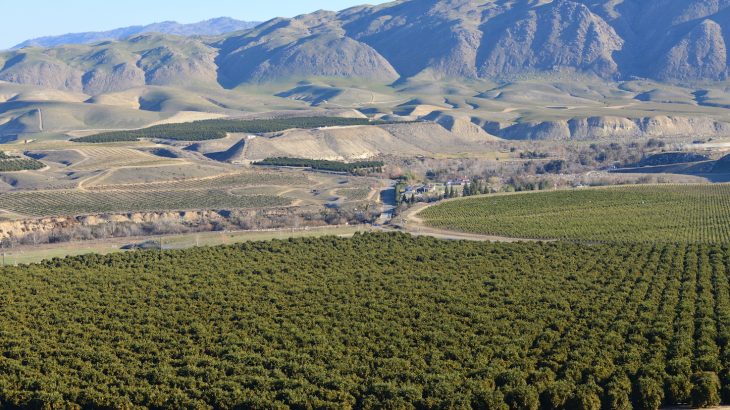 Drought conditions have caused parts of California to sink

Droughts have been a common occurrence in California in recent decades, and while water rationing for both the public and agriculture is usually the main concern, there are other consequences as well. A new study has found that droughts in central California are causing some areas to sink by as much as 50 centimeters a year.

“’With the heavy storms in early 2017, Californians were hopeful that the drought was over,’ said Kyle Murray, a Cornell University geophysics doctoral candidate and co-author of the study. “There was a pause in land subsidence over a large area, and even uplift of the land in some areas. But by early summer the subsidence continued at a similar rate we observed during the drought.”

California experiences a large amount of groundwater extraction, which is occurring at a rate much faster than it can be replenished. Roughly 80 percent of groundwater usage in the state is for agriculture, and in the farming region of the Tulare Basin in central California, farmers have been extracting groundwater for over a century. Previous studies between 1962 and 2011 have found that the average volume of groundwater depletion each year was at least a half cubic-mile.

For this study, the researchers used satellite imagery of the San Joaquin Valley between 2012 and 2016 to determine that the depletion of the Tulare Basin groundwater volume was around 10 miles cubed, just in that short period of time.

The valley contains about 75 percent of the state’s irrigated agricultural land, and supplies 8 percent of the United States’ agricultural output. “The California water problem has been examined from different angles in the past decades. This is one piece of that,” says Rowena Lohman, a Cornell associate professor of earth and atmospheric sciences. “In this research, we observed 50 centimeters of subsidence during the drought, and then heavy rains and snowfall over several months in the spring occurred and subsidence slowed down. Six months after the rain – in summer, 2017 – we observed that subsidence rates are again approaching their previous high levels. It was business as usual.”

Subsidence can result in damaged infrastructure and sinkholes, which put the public in danger. “’One of the places where it really matters in California is the aqueduct system that brings water to the region. They’re engineered very carefully to have the correct slope to carry a given amount of water,” Lohman explains. “Now, one of the major aqueducts in that area is bowed and can’t deliver as much water. It’s been a huge engineering nightmare. Eventually, the water quality and cost of extracting it could get to the point where it is effectively no longer available.”

With California being not only one of the most populated states in the U.S., but also one of the most important agriculturally, the ongoing droughts are a major issue for a number of reasons. With no impactful solutions currently available, we may soon be facing a future where California truly becomes a desert – and a sinking one at that.