The growing drug overdose epidemic has been brewing for decades • Earth.com 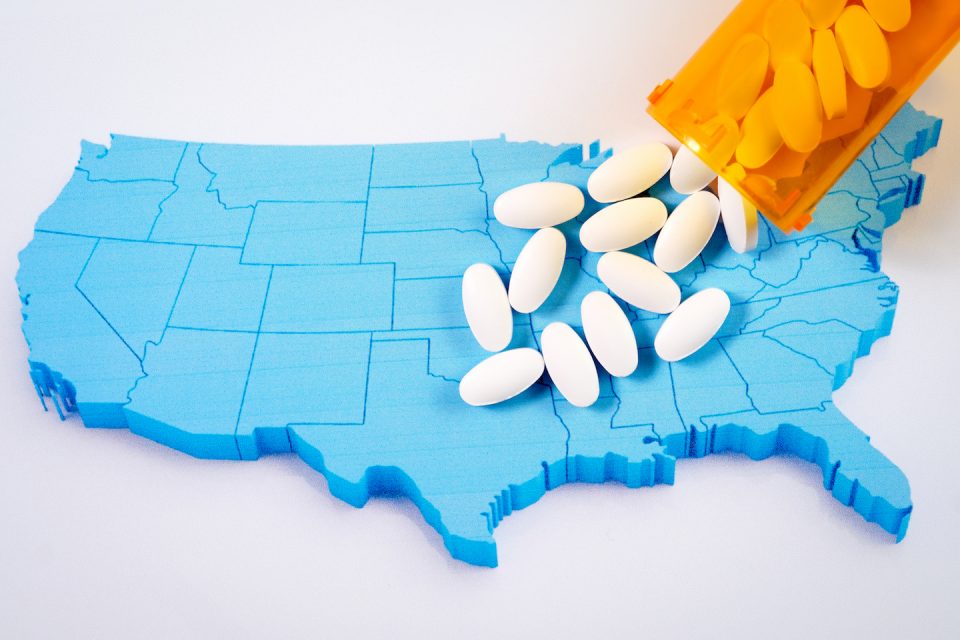 The growing drug overdose epidemic has been brewing for decades

Death rates from drug overdoses have been on the rise in the US for the past 15 years, even before the more recent opioid crisis caused these numbers to skyrocket.

According to the Centers for Disease Control and Prevention, in 2016, 63,632 deaths in the United States were the result of a drug overdose, and the number of overdose deaths has increased by 21.5 percent from 2015 to 2016. And the trend doesn’t appear to be slowing down.

Researchers from the University of Pittsburgh Graduate School of Public Health took an in-depth look at overdose drug rates in the US and found that the solution is not targeting one specific drug, but discovering what factors are driving the drug epidemic overall.

The findings of the study were published in the journal Science.

“The current epidemic of overdose deaths due to prescription opioids, heroin and fentanyl appears to be the most recent manifestation of a more fundamental, longer-term process,” said Donald S. Burke, the senior author of the study. “Understanding the forces holding these multiple individual drug epidemics together in a tight upward exponential trajectory will be important in revealing the root causes of the epidemic, and this understanding could be crucial to prevention and intervention strategies.”

For the study, the researchers collected data on all accidental drug poisoning or overdose deaths in the United States since 1979 from the U.S. National Vital Statistics System.

Over the last four decades, the researchers were able to plot an almost perfect upward exponential curve illustrating the rise in drug overdose deaths over the years.

“This remarkably smooth, long-term epidemic growth pattern really caught our attention,” said Burke. “If we can figure it out, we should be able to bend that curve downward.”

When the researchers looked at the specific drugs involved in overdose death rates in the United States, there arose no one specific region that suffered more overdose deaths than others, and the patterns for different opioids, stimulants, and hallucinogens varied widely through the years.

“There is no regular or predictable pattern to the overdose rates for any of these drugs,” said Hawre Jalal, a lead author of the study. “Nonetheless, when we plot the annual sum of all drug overdoses, we get a remarkably smooth, inexorable exponential curve.”

Almost every region in the country was found to be a hotspot for drug overdose, as the researchers, found even when accounting for different demographic and geographic factors as well as the type of drug involved.

There are several explanations as to why drug overdoses have increased, and the researchers point to improvements in drug manufacturing, lower drug prices, expanding drug markets, and wider supply chains that are making illicit drugs readily available.

The researchers say that finding out what exactly is driving drug overdose death rates is crucial for combating the increase in mortalities due to drugs in the US.

“This is a paradox – inexorable growth in the aggregate, composed of variable sub-epidemics,” said Burke. “But it should be solvable. Evidence-based public health responses have contained past epidemics. If we understand and address these root causes at the same time that we take on the opioid crisis, we should be able to curb the epidemic for good.”