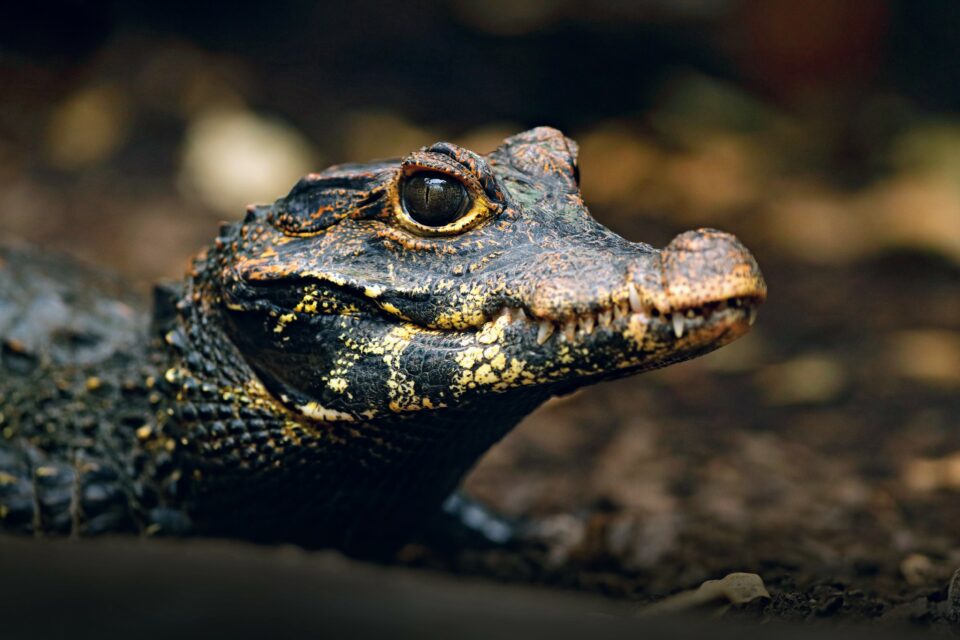 Modern dwarf crocodiles living in Africa today reach maximum lengths of only four to five feet. A new discovery found an extinct “giant” form of two dwarf crocodiles that grew up to 12 feet in length when they lived some 15 to 18 million years ago.

The part of Africa where these giant dwarves were found is also the site of many human fossils – the East African Rift Valley. Previous research in these areas has found early human ancestors with their bones scarred by apparent crocodile tooth marks.

The scientists suspect the new species of crocodiles (known as Kinyang mabokoensis and K. tchernovi) actually ate our ancestors. These crocs had nostrils facing forward instead of straight upward like modern crocodiles, suggesting they spent more time in the forests of the area than in the water – a place they could encounter fragile bipedal apes.

Study co-author Christopher Brochu is a professor in the Department of Earth and Environmental Sciences at the University of Iowa who has many years of experience working with extinct and living crocodilians.

“These were the biggest predators our ancestors faced,” said Professor Brochu. “They were opportunistic predators, just as crocodiles are today. It would have been downright perilous for ancient humans to head down to the river for a drink.”

The two species of Kinyang lived in a time when their region of Africa was covered in thick forest but both went extinct around 15 million years ago, the question is why? Brochu suspects that the reason might be climactic. This part of Africa today is much drier than the environment Kinyang lived in. With less rain, the place mat have become inhospitable to this strange crocodilian.

“Modern dwarf crocodiles are found exclusively in forested wetlands,” said Professor Brochu. “Loss of habitat may have prompted a major change in the crocodiles found in the area. These same environmental changes have been linked to the rise of the larger bipedal primates that gave rise to modern humans.”

So it goes, a change in environment always seems to favor one lineage and disfavor another, this is the raw material which evolution uses to shape and reshape our planet.

The study is published in the journal The Anatomical Record.