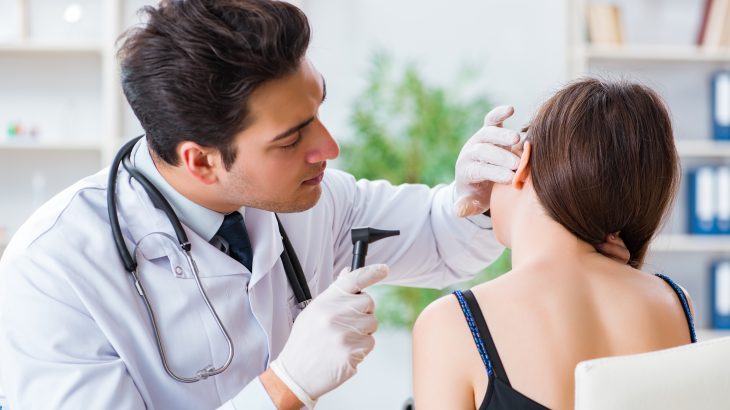 A team of researchers at Tel Aviv University has examined evidence of persistent ear infections in humans 15,000 years ago. The study was focused on the skull remains of humans who lived in the Levant, the eastern Mediterranean region of Southwest Asia.

Before antibiotics became available in the 20th century, ear infections developed into chronic conditions that often caused permanent hearing loss or even death.

“Our research seeks to determine the impact of our environment on illnesses in different periods,” explained study lead author Dr. Hila May of Tel Aviv University.

“Using advanced technologies and unique methods developed in our lab, we have been able to detect signs of prolonged inflammation in the middle ear.”

“A prolonged ear infection would cause permanent damage to the bony wall of the middle ear, which is preserved into adulthood. When we sought to investigate changes in communal health over time in our region, we chose to focus on ear infections, developing a special method for doing so.”

The researchers inserted a tiny camera mounted on the end of a flexible tube through the skull’s ear canal to the middle ear. They also performed high-resolution micro-CT scans to examine the bony walls of the middle ear with a light microscope.

The experts noted a decline in the rate of ear infections after the Levant population shifted from hunting and gathering to farming.

The team also found that ear infections reemerged and peaked among a sedentary population that lived in the region about 6,000 years ago during the Chalcolithic period.

Dr. May explained that the rate of ear infections was driven by both social and environmental factors.

“We know from archaeological excavations of this period, similar to preceding periods, that people lived in a communal area where all activities, from cooking to raising livestock, took place. As a result, the population density in the ‘home’ was high, hygiene was poor and they suffered from indoor air pollution,” said Dr. May.

“Two other factors known about this period – dietary change, the advent of dairy consumption; and climate change, a dip in temperature and a rise in rainfall – also contributed to the prevalence of ear infections.”

“Our study deals with the impact of the environment and social behavior on morbidity rates. To explore this, we examined a common disease that has accompanied humanity since inception – the ear infection.”

Dr. May explained that understanding how diseases appear, spread and disappear throughout human history can help prevent and cure modern illnesses.

“The study clearly points out risk factors and shows how lifestyle changes can affect the incidence of the disease.”

“In both ear infections and COVID-19, social distancing and adherence to hygiene reduced the spread of infection, while close quarters and unhygienic living conditions saw infections spike.”

The study is published in the International Journal of Osteoarchaeology.