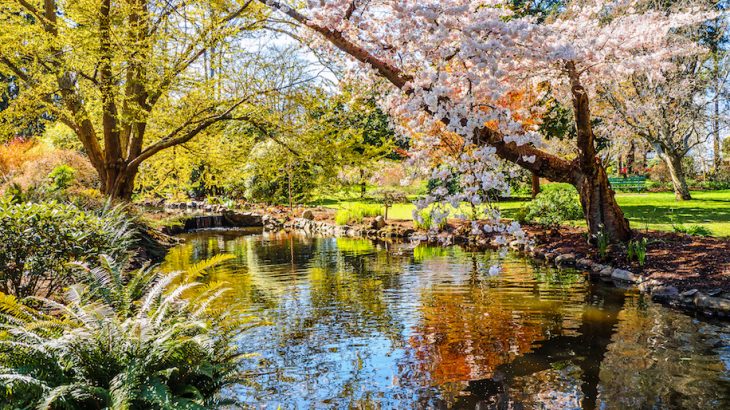 Earlier and warmer springs may give plants a head start initially, but a new study has found it doesn’t benefit plant productivity or growth in the long run.

Researchers from the University of Leeds recently conducted a study that questions climate models that include plant productivity to measure carbon capture.

Previously it was theorized that if plants have a longer growing season, they’ll have longer to accumulate more biomass and store and process more carbon.

The study, published in the journal Nature, shows that earlier springs due to climate change may cause an early boost in plant productivity but this degrades in the later summer and autumn months.

Instead, current climate models underestimate the negative impacts an early, warm spring has on plant productivity.

“Based on future climate predictions, warmer springs are set to become the standard,” said  Wolfgang Buermann, the lead author of the study. “There is a great need to make sure our models are accurately incorporating the effects of warmer springs on our ecosystems and how this, in turn, impacts climate change. Without this, we cannot accurately predict how global temperatures may continue to change, the effect this could have on weather or the potential threat to public health.”

The researchers examined 30 years worth of satellite images covering 41 million kilometers squares of land north of the 30th parallel on the globe.

Having access to so much data allowed the researchers to survey greenness in the northern regions and assess the temperature, season, and green coverage across landscapes in the UK, Canada, Germany, France and Russia.

The researchers were able to determine how much photosynthesis had taken place at a specific location and how much biomass was gained.

“Northern regions have experienced substantial warming since the early 1970s, changing how many ecosystems function,” said Buermann. “There has been a limited understanding of the full impact of shorter winters and longer summers on plants until now. The availability of satellite images has allowed us to survey all of the world’s northern regions and get a full picture of how plants are reacting to the shifting seasons.”

After analyzing the different images, the researchers realized that the northern hemisphere is becoming greener and greener in the spring but in many areas plant productivity and biomass decreases in the later months.

This limits how much carbon the plants in the area can capture, and the researchers suggest that even though the plants are starting to grow sooner, their growth cannot be sustained because there are limited water resources available as the months go on.

If warmer springs are soon to become standard for many parts of the world, it will be important to have accurate models projecting the future impacts that climate change will have on global vegetation.