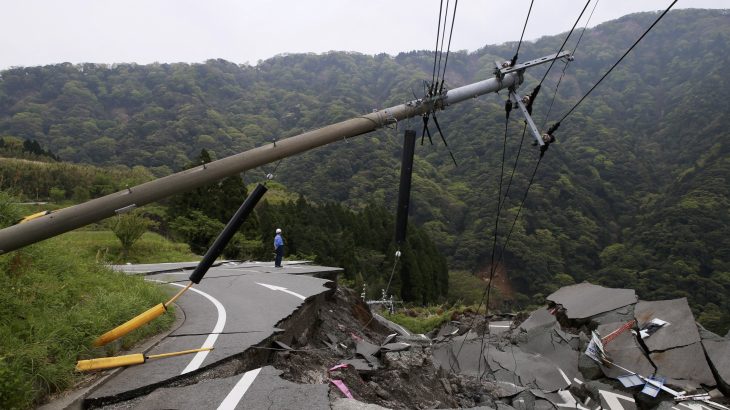 Many people were alerted to a 4.4 magnitude earthquake by California’s early-warning system before it hit La Verne on Tuesday at 7:33 p.m. The earthquake shook buildings for several seconds in downtown Los Angeles, and was the largest tremor in the metro area in three years.

The seismic event caused only minor damage, but was felt over a wide region of Southern California from Ventura County to Orange County. The main earthquake was followed by more than a dozen aftershocks.

The West Coast ShakeAlert system, which is under development by the U.S. Geological Survey (USGS), successfully detected a jolt of activity and sounded a warning signal three seconds before the earthquake. Many people received the alert on a mobile app called Quake Alert, which aims to send notifications to phones up to 60 seconds in advance of a tremor.

The ShakeAlert system is designed to detect the seismic waves that occur just before an earthquake. The amount of warning that any particular region receives depends on how close or far way it is from the epicenter, which suggests that the technology could become especially useful to people who do not live as nearby.

The early-warning system has successfully signaled earthquakes prior to this event as well. In April, scientists at the University of Southern California received a warning 10 seconds before a 5.3 magnitude earthquake hit near the Channel Islands. In 2014, users were alerted to a 6.0 magnitude quake eight seconds before it struck Napa.

The USGS has been developing this technology for years, but has struggled with a lack of funding. Long-term funding must be secured before the system can send notifications to the general public.