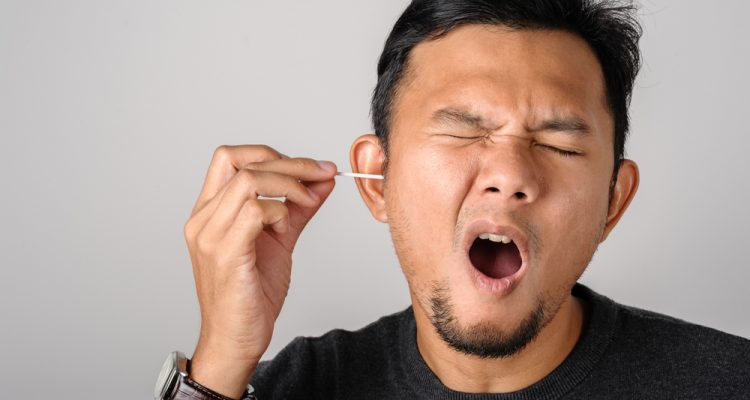 What’s going on in the world today? Plenty. In your daily dose of Earth news for January 9, 2017, you’ll find a new nature miniseries, tips on algae growth, potential uses for earwax, and more.

BBC launches ‘Spy in the Wild’

With “Planet Earth II” over, nature fans are looking for their next fix. “Spy in the Wild” aims to provide it. The new BBC documentary conceals cameras in lifelike robots, and sends them to watch animals in their natural habitats.

Maybe they’re a little too lifelike. In the first episode, a robot disguised as a langur monkey successfully infiltrates a group in India. When the robot was dropped from a height, the monkeys began mourning, producers said.

The miniseries airs in the UK beginning Thursday. In the U.S., the first episode will run February 1 on PBS Nature.

Could earwax be the next big tech innovation?

Scientists at the Georgia Institute of Technology have taken on a new – and sort of disgusting – project: figuring out a technological use for earwax.

The project was inspired after her boyfriend had water trapped in his ear by an earwax plug, doctoral student Alexis Noel said. She wondered how the earwax was able to allow the water in, then trap it so effectively, and mentioned it to Dr. David Hu. They decided to take on the problem.

Using earwax from pigs, sheep, rabbits, and dogs, they began testing its properties and trying out different uses. They’ve found that earwax is made up pretty consistently across species.

They also found that it has excellent filtering properties. As earwax collects dust, it traps it. When too much dust is trapped, the earwax crumbles and falls away, and new wax is formed.

While they’re still studying exactly how earwax is formed, the researchers already see potential uses in tech. One idea would be to create a biomimetic adhesive surface for ventilation systems in robotics and other machinery.

Scientists have found three new land-based species of flatworm in the Araucaria forest of Brazil. Flatworms are invertebrates, and also predators that hunt other invertebrate species.

The Araucaria is part of Brazil’s Atlantic Rainforest and is considered to be a hotspot of flatworm diversity, the scientists wrote in their article in ZooKeys, an open access journal. The three new species belong to the genus Cratera.

Bees prefer darker colors in cool climates, at least when it comes to flowers. That’s what scientists at St. Louis University discovered while observing how native bee species interact with birds foot violets.

But in shady, wooded areas, the bicolor morph makes up about half of the flower population. Bees in these areas always land on the darker petals to feed, the researchers found. Testing revealed darker petals were warmer.

A team of researchers from University of California, Irvine has discovered a new method for dealing with carbon dioxide: using it to help produce biofuel.

Biodiversity of algae is important in biofuel production

University of Michigan researchers studying algae-derived biocrude have found that when raising algae, biodiversity is important. They found that growing a wide variety of algae reduced crop failure and gave a better return on investment. While their research was conducted indoors in tanks, that will be true in outdoor tanks or ponds, too, the researchers said.

The research is being funded by a $2 million, four-year grant from the National Science Foundation.

When the western U.S. suffers from a drought, Rocky Mountain air quality suffers, too, scientists at the University of Utah found.

That’s because drought sparks more wildfires, which creates haze in the Rockies, the scientists said. Haze can be evaluated with instruments that measure aerosol optical depth – the amount of aerosols between the sensor and the sun.

Aerosols in the Rockies went up when the west was in a drought, according to the study published in the journal Environmental Research Letters.