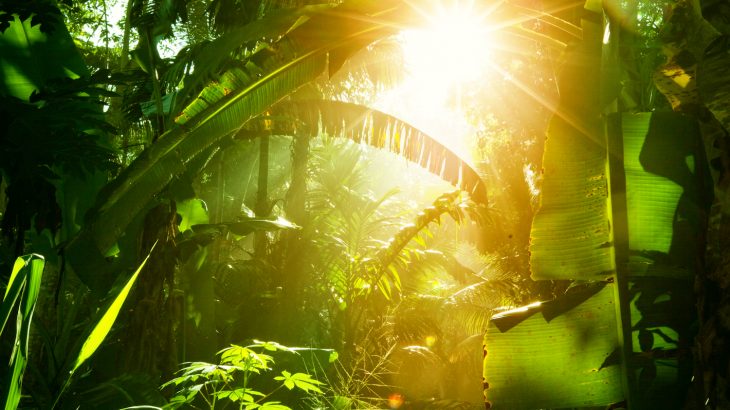 New research published by University of Nebraska-Lincoln shows that in Earth’s largest mass extinction, plants were likely killed off before animals started to wink out.  While this pattern of death is somewhat intuitive, it has real implications to our lives today.

About 252 million years ago, 70% of land vertebrates like you and me died off.  Along with animals living on land, 96% of ocean life also died off. The cause of the extinction seems to be from massive volcanic eruptions in what is now modern Siberia triggered by collision of tectonic plates.

The volcanic eruptions threw ash and other pollutants into the air, creating a global cooling event, similar to a hypothetical nuclear winter.  Nickel from the eruption in particular may have killed off plants now fossilized in Australia 400,000 years before most of the marine extinctions occurred.  Scientists with University of Nebraska-Lincoln have been studying pollen fossils in the sea cliffs of Australia’s Sydney Basin where high levels of nickel have been found associated with pollen.  The scientists hypothesize that the nickel was turned into an aerosol by the volcanic eruptions in Siberia, and rained down on plant life, poisoning it and kicking off the mass extinction event. Unexpectedly high levels of nickel have been recorded in other parts of the world as well.

The extinction, commonly called the end Permian extinction event, came along at a time of great change in the history of life on Earth.  In the Permian oceans, there was a rich diversity of shellfish. There were cephalopods that looked much like the modern nautilus with coiled snail-like shells enclosing bodies more like squids.  On land, enormous primitive dragonflies were fearsome predators. Mammals were just on the verge of evolving from reptiles. The whole planet was alien to modern eyes but full of an abundance of wildlife.  Plants of the time were mainly ‘primitive’; flowering plants not having evolved yet. Still the primitive forms supported entire ecosystems and filled niches later occupied by more ‘advanced’ forms. Ferns, mosses, gymnosperms and equisetum are a few examples of the plants that dominated the Permian landscape.

If nickel did indeed kill off large amounts of plants, it’s easy to see how this would devastate whole ecosystems.  When there are no plants, herbivores starve and die. When there are no herbivores, carnivores starve and die. It’s a pretty straightforward connection between the extinction of plants and the extinction of animals.

An earlier paper in Global and Planetary Change discusses how plant composition changed at the extinction at the end of the Permian.  Before the end Permian extinction event, gymnosperms seem to be the most prevalent plants.  Gymnosperms are best represented today by conifers such as pine trees, that is plants bearing cones are gymnosperms as opposed to flowered plants.  Gymnosperms are more often pollinated by wind than insects like flowering plants. After the end Permian extinction event, there is a shift from a dominance of gymnosperms in the fossil record to a dominance of lycopods.  Lycopods are plants much more easily missed than gymnosperms. Commonly known as ground pines or creeping cedars, lycopods reproduce via spores, similar to ferns. Lycopods are small and inconspicuous for the most part, looking a little like mosses with small cones that bear their spores sticking above the soil.

Interestingly, the shift from gymnosperm dominance to that of lycopods was relatively short-lived.  Despite plants being the first to die off, they also seem to be some of the first organisms to rebound from the massive extinction.  All major plant groups ended up surviving the end Permian extinction and helps to explain the lesser extent to which land animals died off when compared to marine organisms.  Perhaps even more interestingly, the turnover of different plant regimes and the rebound of plant diversity are linked to carbon in the atmosphere.

A study published in Science suggests that indeed, it was carbon and related ocean warming that drove the extinction of marine species.  The research shows that oceans at the end of the Permian rose in temperature by a staggering 20°F, and caused the loss of 80% of the ocean’s oxygen.  This change in temperature and dissolved gases obviously had devastating effects on life. In the long run, we can say that the oceans ‘recovered’ meaning that an abundance of new species evolved and again filled the waters with life.  In another view, something was lost forever. Individual species lost are lost forever but diversity can again recovery over extremely long periods of time. It’s easy to think of it like this – an individual child may die and the parents of that child might have three more.  We can say that on some level the family recovered from the loss of the child but we know on another level, they will never be the same.

An article in Forbes asks, ‘What can we learn’ from the Permian extinction?  As we are in a new age of mass extinction, partially caused by carbon emissions, there is a lot we can learn.  One disturbing takeaway is that ocean life may suffer more from climate change than terrestrial biota. Another lesson is that plant life is of utmost importance to the resilience and survival of terrestrial biodiversity.  It’s disturbing that along with carbon emissions, humans are also destroying millions of acres of forests. We’re also massively altering plant communities with agriculture. Sadly, we can only learn so much from the end Permian extinction because it happened at a much slower pace than our current extinction event.  The Permian event was on a scale of millions of years, now we’re working on a scale of hundreds or thousands of years. Beyond climate, habitat destruction, resource overuse, overhunting, and many more human created problems are driving our current extinction event. Only time will tell if plants can lead another rebound in diversity of life once humans are done wreaking destruction.